The Sounders finally get their wish for a new home-field surface after four years on a rug that they claimed was worn out, but the Seahawks thought was adequate. 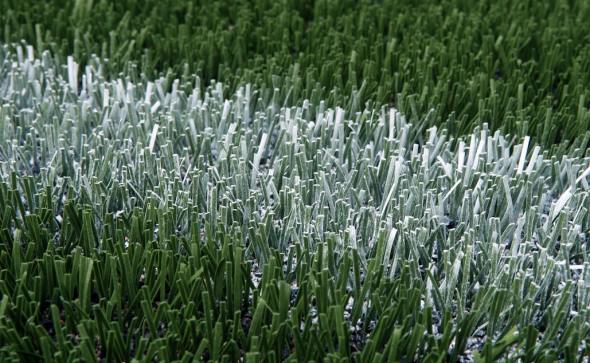 A new rug has been installed at the Clink. / SoundersFC,com

A new rug is underfoot at the Clink this year, and will get its first test Tuesday, when the Sounders — who wanted it most — open the the season with a match against Mexico’s Team America in the first leg of the CONCACAF Champions League knockout round.

It replaces a four-year-old surface that the Sounders believed was worn out. The Sounders, and all soccer clubs worldwide, don’t like artificial surfaces because it’s harder on players’ legs and the ball bounces higher and moves faster than on real grass. But they signed a Clink lease through 2028 and have no alternative for a field that hosts at least 10 Seahawks games and 17 Sounders games in a soggy climate.

“From our standpoint we still feel as though the turf for soccer is ready to be changed,” Sounders owner Adrian Hanauer told the News Tribune in October 2014, after FIFA gave it a two-star rating, up one from the previous ranking.”The FIFA rating is one more piece of data, one more piece of information that gets thrown into the conversation. But we will continue to communicate with the Seahawks. We’re hopeful that we can still come to a conclusion that’s good for soccer. But it’s still a work in progress.”

The Sounders felt the previous turf, installed in 2011, should have been installed a year earlier too.

A press release from the Seahawks says a new monofilament fiber, a result of “innovative science, engineering and technology,” is soft and strong. It resists splitting and degradation, thanks to a new ultraviolet inhibitor.

“We could not be more thrilled that the Seahawks and Sounders FC continue to put their faith in our product and in our company,” said FieldTurf President Eric Daliere. “We are very excited to introduce Revolution 360 to the market. We’ve been working on the ‘next generation’ since we launched Revolution in 2011. We believe that Revolution 360 is the first fiber since Revolution to push boundaries and change the game.”