Five players with connections to the state of Washington will be among the 322 taking part in this week’s NFL Combine at Lucas Oil Stadium in Indianapolis. 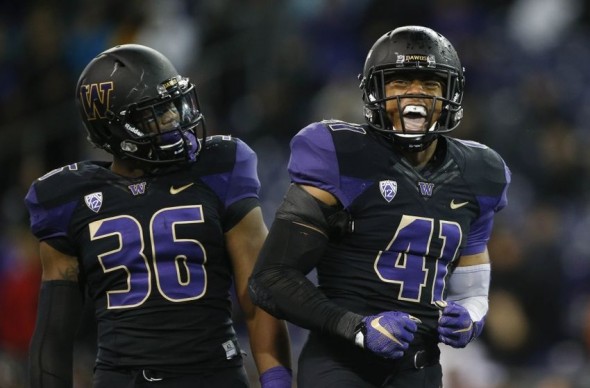 Five players with significant connections to the state of Washington will participate in this week’s NFL Combine in Indianapolis. The list includes ex-Husky linebackers Travis Feeney and Cory Littleton, former Washington State guard Joe Dahl, UCLA’s Myles Jack and Stanford’s Joshua Garnett. According to NFL analysts, the only certain first-round pick is Jack, projected by the league as a future All-Pro.

The Combine with its 332 participants starts Tuesday at Lucas Oil Stadium and runs through Monday. Players with ties to Washington, listed alphabetically:

A Spokane native, Dahl (6-foot-3, 300 pounds) began his collegiate career at the University of Montana, then transferred to WSU where, after sitting out a year, he was a two-year starter, first at left guard, then at left tackle . . . Expected to move inside to guard in the NFL . . . Named first-team All-Pac-12 last year and second-team All-America by USA Today.

NFL.com analysis: “Has worked hard to transform his body from safety to linebacker, but is still lacking the frame and strength to consistently hold his ground at the point of attack . . . Coverage talent on special teams gives him a shot to break camp on the 53.”

A native of Puyallup and the son of former Husky nose tackle Scott Garnett, the Stanford lineman won the Outland Trophy last season as well as the Morris Trophy, given to the Pac-12’s lineman of the year. He was a unanimous All-America, only the ninth in Stanford history . . . 6-5, 325.

NFL.com analysis: “He’ll be a great fit for any team looking to establish its will between the tackles . . . Garnett should be an early-round pick who can come in and start right away.”

A native of Bellevue and graduate of Bellevue High School, Jack played in only three games last season before suffering a season-ending knee injury. At that point, he left the team and declared his intention to enter the NFL draft. He was a Paul Hornung Award finalist as a freshman in 2013 when he played offense and defense . . . Scored four touchdowns against Washington that year. . . 6-1, 245.

NFL.com analysis: “One of the most versatile players in college football the past three seasons, Jack earned a reputation as a dynamic defender and a contributor on offense . . . Upper-echelon explosiveness with desire, speed and aggression . . . If he bounces back from the knee injury, Jack could become a high-­end talent early on in his career.”

NFL.com analysis: “Littleton showed some pass-rush ability this season and his special teams ability may be his best attribute on the next level. However, his thin frame and poor play strength could make him a long ­shot to stick on the 53.”