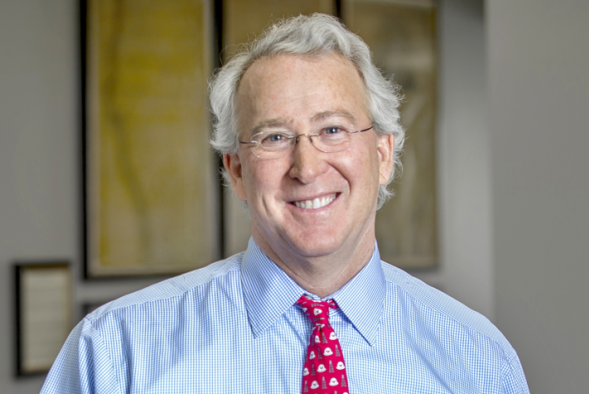 Aubrey McClendon, who along with Clay Bennett moved the Seattle SuperSonics to Oklahoma City in 2008, died in a fiery automobile crash Wednesday, one day after the U.S. Department of Justice indicted him for violating anti-trust laws by colluding to rig bids for oil and gas acreage while he ran the Chesapeake Energy Co. that he co-founded.

Oklahoma City police said they were investigating the cause of the crash that occurred while McClendon was driving his 2013 Chevy Tahoe. Police said McClendon drove straight into a concrete bridge embankment “without leaving skid marks,” and that the vehicle was so badly burned after it burst into flames that they were unable to tell if McClendon was wearing his seat belt. McClendon was 56.

“He pretty much drove straight into a wall,” police said of McClendon, described by Forbes as “one of the greatest oil and gas wildcatters of his generation.”

McClendon was a 20 percent owner of Professional Basketball Club LLC, which purchased the Sonics and Seattle Storm from Howard Schultz in 2006. Although Bennett and McClendon initially vowed to keep the Sonics in Seattle, they moved the franchise to Oklahoma City prior to the 2008-09 season when they failed to convince politicians and taxpayers to fund a new arena.

On Aug. 13, 2007, while Sonics fans still held out hope that they could retain the team, then-NBA Commissioner David Stern fined McClendon $250,000 for telling an Oklahoma City newspaper, “We didn’t buy the team to keep it in Seattle. It was always our hope to bring the team to Oklahoma City.”

After the City of Seattle sued Professional Basketball Club LLC to stop the relocation, a series of e-mails written by Bennett confirmed that relocation was always the primary agenda of Bennett’s and McClendon.

The Sonics had been a Seattle sports fixture for 41 years prior to departing for Oklahoma City.

DOJ wrote in a statement Tuesday that McClendon, 56, was suspected of orchestrating a scheme between two large energy companies, which are not named in the indictment, from December 2007 to March 2012. The companies would decide ahead of time who would win bids, with the winner then allocating an interest in the leases to the other company, according to the statement.

In a statement released Tuesday after his indictment, McClendon denied violating antitrust laws.

“The charge that has been filed against me today is wrong and unprecedented,” McClendon said. “Anyone who knows me, my business record and the industry in which I have worked for 35 years, knows that I could not be guilty of violating any antitrust laws. All my life I have worked to create jobs in Oklahoma, grow its economy, and to provide abundant and affordable energy to all Americans. I am proud of my track record in this industry, and I will fight to prove my innocence and to clear my name.”