Thiel: Investing in Lane helps Seahawks the most

Free agent Jeremy Lane is the best available player at the least cost to fill the most important vacancy on the Seahawks roster — the cornerback opposite Richard Sherman. Show him the money. 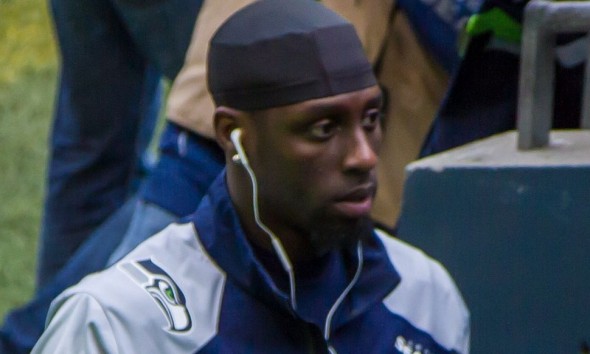 Jeremy Lane should be the higheat priority to retain for the Seahawks. / Flickr

Now comes the hardest week of the NFL calendar: Filling roster holes faster than they are made. It’s particularly difficult in Seattle, where success has made free-agent Seahawks players seem special and thus expensive, even though Forrest Gump long ago issued his immaculate box-of-chocolates wisdom to the NFL: You never know what you’re gonna get (see Williams, Cary).

Forecasting how general manager John Schneider wields his shovel is generally a fruitless exercise, partly because even he can’t know much ahead of the market’s opening about the personnel maneuvers of other teams. Some of his biggest moves have come via trades, including the acquisitions of RB Marshawn Lynch, WR Percy Harvin and TE Jimmy Graham.

To hear Schneider tell it, he claims to have been surprised when he learned teams were willing to trade those ascendant, top-end talents. Typically, the teams doing the unloading are burdened by the players’ big salaries or difficult personalities.

The Seahawks, of course, think they can turn every Yosemite Sam into Bugs Bunny. That wasn’t true with Harvin, and they walked a five-year tightrope with Lynch. Thanks to injury, Graham hasn’t had a full season in Seattle.

But whether the prospective player is all cactus or all daffodil, like WR Tyler Lockett, the trick is to know whether the club can fill holes in-house or be forced to go to the, um, out-house.

The in-house guys are known quantities and typically less expensive. Which is why there is strong logic to make CB Jeremy Lane the No. 1 priority for retention, ahead of any other Seahawks free agents.

When the NFL opens its bazaar at 1 p.m. PT Wednesday, most of the attention regarding Seattle players will go to LT Russell Okung, RG J.R. Sweezy, WR Jermaine Kearse and LB Bruce Irvin, all of whom likely will command more money than the Seahawks can afford to pay under the salary cap.

Their departures will leave voids, but the ability to replace them is marginally easier than it is to find a good cornerback who fits coach Pete Carroll’s system opposite Richard Sherman.

Lane, 25, is the best available player at the least cost to fill the most important vacancy.

Even though Lane has started only six games in the 41 he’s played since he was a sixth-round pick from Louisiana’s Northwestern State in the 2012 draft, he’s the only guy at the position the Seahawks trust. And he’s good on special teams.

The Seahawks last week reportedly made qualifying offers to exclusive-rights free agents DeShawn Shead and Mohammed Seisay, corners who would compete for the starting job if Lane went elsewhere. But they aren’t Lane’s caliber, and could be best at the nickel spot.

After Lane returned to the lineup after his long recovery from double injuries in the Super Bowl (broken arm, torn ACL), Pro Football Focus reported over the final four games of the season, Lane allowed only 0.75 yards per coverage snap, 13th in the NFL in that span. Sherman in the same time was fifth at 0.53.

The Seahawks also have on the roster two former fifth-round draftees, Tye Smith and Tharold Simon, the latter playing six games in three years due to injuries. Neither has done enough yet to warrant confidence in 2016.

Lane didn’t make the top 10 list of free-agent cornerbacks done by Pro Football Focus, which might be an indicator that the market has more prominent choices. Lane doesn’t have the track record for a huge bump in salary. He was playing at $660,000 last year, the minimum for a four-year vet.

The counter-argument to paying Lane market value is that the Seahawks already have  invested heavily in the defense — seven of the team’s top nine salaries are on that side –– especially in the secondary with Sherman, SS Kam Chancellor and FS Earl Thomas.

But defense is always Carroll’s priority, and the secondary its most important position group. So shifting money away from a strength that helps push opponents toward a one-dimensional offense makes little sense.

Needy as the O-line will be after the pending departures of Sweezy and Okung, answers are easier to come by with younger players in-house and as well as free agency and the draft, because of the larger pool of candidates.

Lane has made himself into an officer in the Legion of Boom. Show him the money.