The Seahawks made a move ahead of the free-agent signing period, re-signing DT Ahtyba Rubin, one of seven starters who could have hit the market, to a new deal. 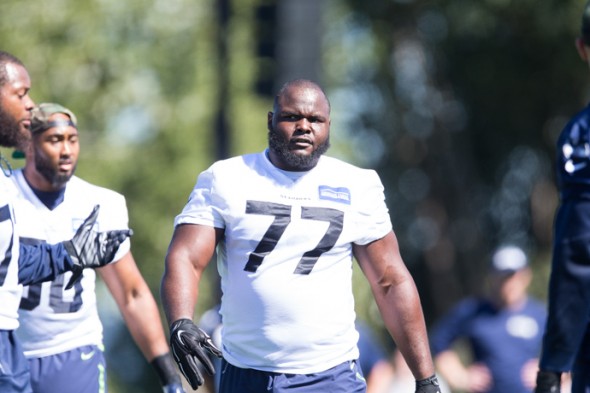 The Seahawks have agreed to contract terms with defensive tackle Ahtyba Rubin, who had been scheduled to become an unrestricted free agent Wednesday. While no terms were disclosed, FOX Sports reported that Rubin received a three-year deal worth $12 million. Seattle owner Paul Allen confirmed the signing — but not the dollar figure — on Twitter Monday night.

The 29-year-old Rubin signed with Seattle last offseason after spending the first seven years of his career with the Cleveland Browns, who made him a sixth-round pick out of Iowa State in 2008.

Rubin, one of seven starters listed as unrestricted free agents, started every game for the Seahawks the past season. He recorded 36 tackles and two sacks. He also had one interception. According to Pro Football Focus, he was the 80th best defensive tackle in the NFL in 2015.

Defensive tackle A.J. Francis said Tuesday that he has signed his qualifying offer from the Seahawks. An exclusive rights free agent who joined Seattle after he was claimed off waivers from the Miami Dolphins at midseason, the 25-year-old played in two games.