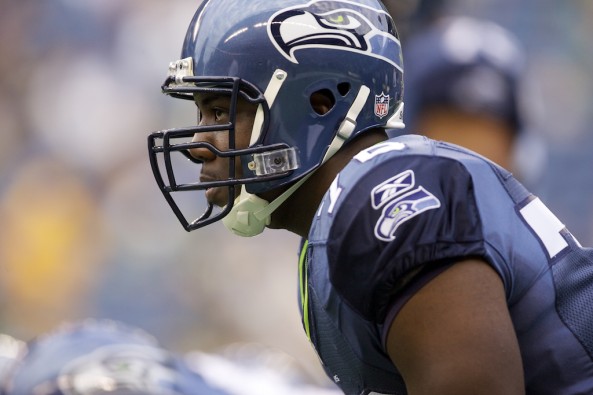 Multiple reports say that Okung’s first year is guaranteed at $5 million, with the remaining four years a the club’s option.

The Seahawks selected Okung with the sixth pick in the 2010 draft out of Texas A&M. He made 72 appearances, all starts, and earned his only Pro Bowl invitation following the 2012 season.

Coming off shoulder surgery, Okung represented himself in negotiations (he consulted with NFL Players Association executive Mark Levin) and had sought a contract worth $12-13 million annually. Criticized for serving as his own agent, Okung explained his reasoning in a July, 2015 post for The Players Tribune, saying:

I know my worth. I can look at the market and go directly to a team without an agent and tell that team my worth. And I can do so with confidence because I’ve done my research, I’ve educated myself and I’ve questioned the answers I’ve been given. And when it comes to reviewing the details of my next deal, I’ll hire an expert — a lawyer or a sports attorney who understands the dynamic of football contracts — to read the paperwork. I’ll negotiate a one-time flat fee that isn’t dependent on the size of my salary.”\

Also, according to Yahoo.com, Okung saved three percent, or $1.8 million, by representing himself, minus the flat fee.

Okung’s first contract with the Seahawks, a six-year deal worth a maximum of $48 million, guaranteed him $29 million.