The Sounders hope that 33-year-old Herculez Gomez will spark their anemic offense. He will join the team pending receipt of his transfer certificate. 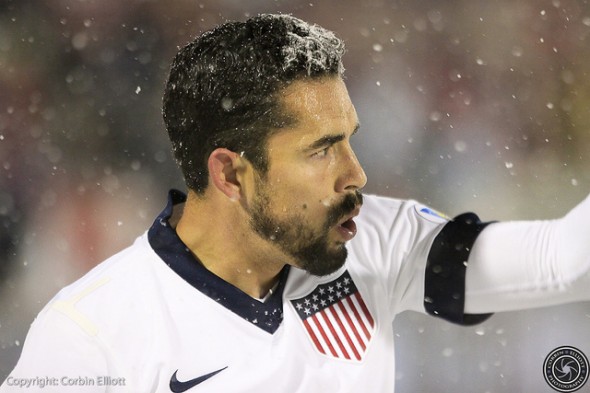 The Sounders Thursday signed forward Herculez Gomez, a 33-year-old who joins Seattle following an extensive career in the U.S. and Mexico, including a one-year stint with the USL Sounders in 2003. The U.S. Men’s National Team veteran has 24 caps and six goals in international play, including three appearances at the 2010 FIFA World Cup.

Gomez is being added to the roster pending receipt of his international transfer certificate.

“We’re happy to add a player with Herculez’s experience to our current roster,” said Sounders general manager Garth Lagerwey. “He has done well in training and we look forward to seeing what he can bring to the team.”

Gomez has made 323 appearances in 14 seasons of pro soccer in North America. He began his MLS career with the LA Galaxy, where he made 53 appearances over three seasons, including a 2005 campaign in which he scored 11 goals in 22 games, as the Galaxy captured the MLS Cup and U.S. Open Cup.

It was during his time with the Galaxy when he was loaned to the Sounders of the USL in 2003, where he appeared in 17 games, scoring once during his first tenure.

Gomez played three more seasons in MLS with the Colorado Rapids and Kansas City Wizards before signing with Mexican club Puebla in January 2010, where he scored 10 goals and became the first American to lead a foreign league in scoring.

He spent eight seasons in Mexico, scoring 37 goals in 142 appearances, including a two-year stint with Santos Laguna, where he recorded eight strikes in 33 appearances in 2012-2013. Gomez returned to MLS in 2015 when he signed with Toronto FC, making eight appearances last season with one score.

“Herculez is a veteran player who has played in some big games,” said Sounders coach Sigi Schmid. “I look forward to his team play, hard-working attitude and his goal scoring as an addition to our team.”

The Las Vegas native has 24 appearances and six goals for the USMNT. He was a member of the World Cup roster and most recently represented the USMNT at the 2013 CONCACAF Gold Cup.

“We are happy to add a player who understands the history and traditions of our club from his previous time with the Sounders,” said Sporting Director Chris Henderson. “On top of that, Herculez can provide our team some good experience and an attacking spark.”

The Sounders do not play this week. They will return to action April 2 with a home match against the Montreal Impact at 7:00 p.m. PT.