Brandon Browner will rejoin Richard Sherman, Earl Thomas and Kam Chancellor — the original Legion of Boom — after agreeing to a one-year contract with Seattle. 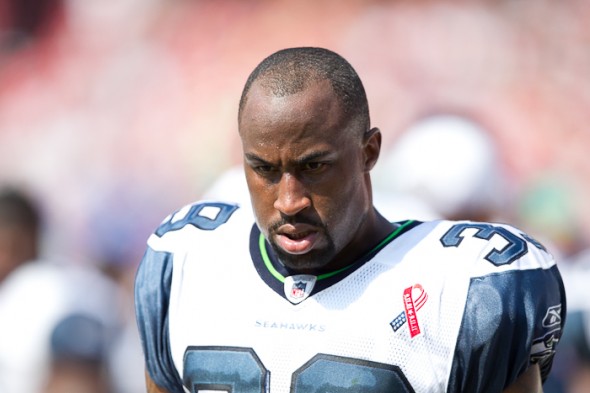 The original Legion of Boom is going to reunite. CB Brandon Browner, 31, has agreed to a one-year contract with the Seahawks. Browner confirmed it Sunday on his Twitter account.

“I’ve been excited about this one, been trying to keep it to myself,” Browner tweeted. “Secrets out, I’m grateful and can’t wait to get back to work.”

Browner, a Seahawk from 2011-13, was released by the New Orleans Saints in February after committing the most penalties in a single NFL season since 2001 (24, with 21 accepted).

I’ve been excited about this one, been trying to keep it to myself. Secrets out,I’m grateful and… https://t.co/zKOF8AIk7K

Browner, though, revealed on Instagram that he played the 2015 season with a MCL  torn in the Saints’ first preseason game.

“I never wanted to make an excuse, so I played through it,” Browner said. ” Last year was the most frustrating year for me, those who know me knew I was affected by it.”

Browner earned a Pro Bowl berth in 2011 in his first year with the Seahawks and started 36 games over three seasons after the Oregon State grad began his pro career in the Canadian Football League. One of his highlight plays came in 2011 when he returned an interception 94 yards for a touchdown against the New York Giants in Week 5.

Browner, who played the opposite corner from Richard Sherman, served a four-game suspension in 2012 for violating the NFL’s substance abuse policy — for using a banned prescription drug. In December of 2013, the NFL reported — erroneously — that Browner faced an indefinite suspension for again violating the league’s drug rules. The suspension, later changed to reflect the fact that Browner had missed drug tests when he was not signed by an NFL team, caused him to miss Seattle’s victory in Super Bowl XLVIII.

Reinstated in March 2014, Browner signed as a free agent with the New England Patriots, who defeated the Seahawks in Super Bowl XLIX. Browner played a key blocking role on the game’s critical play, a Malcolm Butler interception with 28 seconds left that sealed New England’s 28-24 victory.

Technically, Browner became one of the few players in history to earn consecutive Super Bowl rings as a member of two teams.

Browner will have to compete for playing time with recently re-signed CB Jeremy Lane and DeShawn Shead. Also on the roster are younger corners Marcus Burley, Tharold Simon, Tye Smith and Mohammed Seisay.