In his 16th NBA season at 36, the Clippers’ Jamal Crawford, the former Rainier Beach High star, won the Sixth Man Award for a record third time. 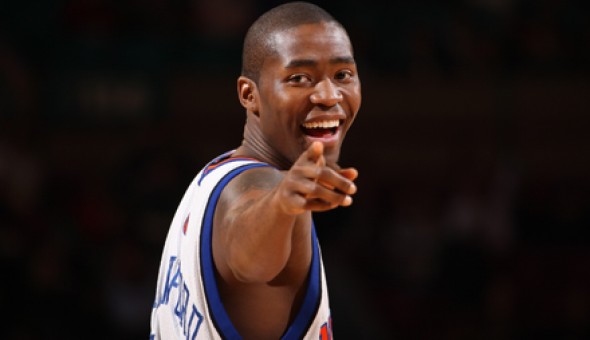 Jamal Crawford, the former Rainier Beach High standout who is in the playoffs with the Los Angeles Clippers in his 16th NBA season, was named winner Tuesday of the Sixth Man Award — the first to win the award three times, as well as the oldest, at 36.

Crawford won the award in the 2009-10 season with the Atlanta Hawks and two years ago with the Clippers. Crawford came off the bench in 74 of his 79 appearances and averaged 14.2 points and 2.3 assists in 26.9 minutes, helping the Clippers (53-29), owned by former Microsoft chief Steve Ballmer, post their fourth  50-win season in a row.

When Crawford was honored for the first time as a Clipper, he joined Celtics great Kevin McHale and two former Sonics, Ricky Pierce and Detlef Schrempf, as the only two-time winners. Crawford was the oldest winner then, at 34.

Crawford had 51 first-place votes and 341 points from a panel of 130 sportswriters and broadcasters in the U.S. and Canada.  The Golden State Warriors’ Andre Iguodala was second with 288 points (33 first-place votes), and the Oklahoma City Thunder’s Enes Kanter was third with 182 points (19 first-place votes).

Players were awarded five points for each first-place vote, three for second and one for third. To be eligible, players had to have come off the bench in more games than they started.

He had 33 games with 15 or more points off the bench, third most behind the Denver Nuggets’ Will Barton (38) and the New Orleans Pelicans’ Ryan Anderson (36).  As a starter, Crawford scored at least 30 points in four of five games.  Crawford also ranked second in the NBA in free throw percentage (90.4).