There’s no greater nuisance for Seattle in MLS than San Jose. The Earthquakes are 5-5-1 in their home away from home, CenturyLink Field. Star Chris Wondolowski has scored nine times in the series. 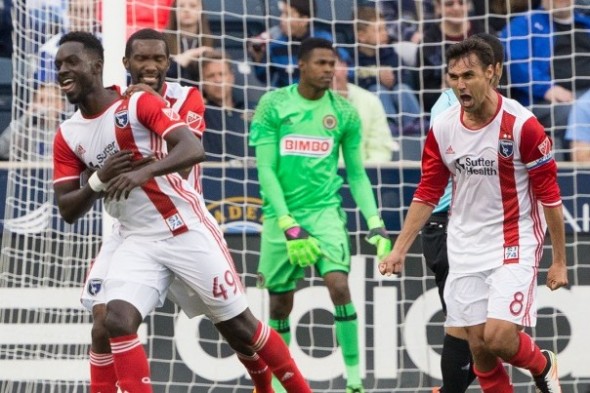 At a time when the Seattle Sounders are still looking to firmly plant both feet after a shaky start, they prepare to play host Saturday (7 p.m., Q13 FOX) to a team that seems to always have their number. The San Jose Earthquakes are 10-6-3 against the Sounders all-time, and have a history of biting the Sounders in the Emerald City.

After the franchise was restored in 2008, San Jose’s fortunes haven’t matched its previous incarnation. The Earthquakes (4-2-3) have made the playoffs twice in the last eight seasons, while the Sounders (3-4-1) have been to the postseason every year since they joined the league.

What the track record lacks in league-wide success, however, San Jose makes up in its ability to win in SoDo. The Sounders are 5-5-1 at home against the Earthquakes. The Sounders last win at the Clink was May 2014.

“San Jose is a team that’s done well against us in the past,” coach Sigi Schmid said Thursday. “It’s time to make sure that doesn’t happen.”

The main source of apprehension is Chris Wondolowski, the USMNT forward who has seven goals in nine games to earn a shared spot at the top of the MLS chart. Wondolowski is the all-time leading scorer in the Seattle-San Jose series, with nine tallies.

Seattle’s back line had a so-so outing against the Columbus Crew in a 1-0 win Saturday. Despite a few crucial mistakes that nearly allowed a goal, the Sounders managed to hold the opposition scoreless for the second time of the season.

Zach Scott’s start at center back in place of the suspended Brad Evans was a bright spot. A few close misses on attacking set pieces and a big play to stop a sure goal after a Stefan Frei turnover earned the 35-year-old a nod to the MLS Team of the Week.

Despite that, Scott will observe most of Saturday from the bench, barring an injury to Evans or Chad Marshall. The speed of Evans will be crucial in trying to keep a body around Wondolowski.

Seattle may catch a small break if Quincy Amarikwa, the other forward for San Jose, sits out his second consecutive match with a right hamstring injury.

Offensively, the Sounders may receive a boost with the return of Nelson Valdez, who has not started since Seattle’s first win against Montreal April 2. While midfielder Andreas Ivanschitz likely is still recovering from a thigh strain, the main question remaining for Schmid is how he will arrange his midfield as his team seeks its first win against Western Conference opposition.