The Washington men’s varsity eight seeks its first Windermere Cup victory since 2013, while the UW women are seeking a 10th consecutive victory. 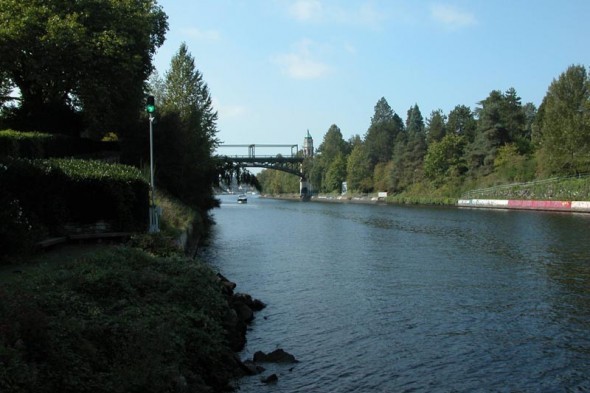 As a prelude to the Seattle Yacht Club’s Opening Day parade and the official start of boating season, the University of Washington Saturday will host the 30th annual Windemere Cup on the Montlake Cut, a series of 22 crew races highlighted by the men’s and women’s varsity eights competing against some of the elite clubs and schools in the world.

The Huskies men, defending collegiate national champions, will race against the Russian Men’s National Team and Pac-12 rival Stanford. The UW women will take on the Cambridge University Women’s Boat Club and the University of San Diego.

“Windermere Cup has become a Seattle sporting tradition,” said UW men’s head coach Michael Callahan. “It’s a rite of passage each spring. It’s also provided us with incredible competition for 30 years, which our students and the participants from around the world have been able to enjoy.

“This event brings fans to rowing. It’s sort of like The Boys in the Boat. It makes the sport easily accessible to everyone in the region. It’s a big stage.”

The first races begin at 10:20 a.m. The Washington men’s eight will be looking for its first Windermere win since 2013 after losing to New Zealand last year and Great Britain the year before. Washington has won 21 Windemere Cups in the 30-year history of the event. All of UW’s losses have come against national teams.

The Huskies faced off against the Russians, the third-place finisher in the 2015 U-23 World Championships, in the inaugural Windermere Cup in 1987. The Russians  also rowed on the Montlake Cut in 1996 and 2006.

“I think they’ll come out really fast,” Callahan said of the Russian crew. “They’re very big, very strong. It’s good for us, because it’s a good test for us to see if we can get off the line better.”

On the women’ side, Washington has won nine consecutive cups and 21 overall.

Cambridge will make its fourth Windermere Cup appearance and its first since 2011 when the English school finished third. Cambridge beat the Huskies and took second place in 1990, falling to first-place China, and also took third place in 1992.

“Cambridge and USD will provide a great test to our team,” said Conor Bullis, interim head coach of the UW women. “But we don’t really know what to expect, and that’s the best part. My hope is that we prepare to race as hard as we can.”

The Stanford men are making their fourth appearance in the Windermere Cup. In 2011, the Cardinal finished second behind the UW but ahead of Cambridge. Stanford also took second in 2002 (behind UW, ahead of China) and third in 1994.

San Diego is making its first Windermere appearance. The West Coast Conference champions a year ago, the Toreros finished 15th at the 2014 NCAA Championships.

Immediately following the Windemere Cup, a cannon blast will signal the opening of the Montlake Bridge and commence the Seattle Yacht Club’s opening of boating season.

For more information about how to watch, maps, parking and more, click here.