During the week ending Sunday, Robinson Cano of the Mariners led the majors with 16 hits (two game-winners) and posted a 1.516 OPS in seven games vs. A’s and Astros. 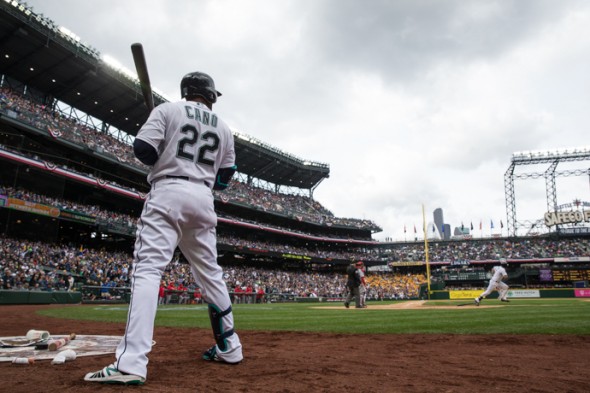 Mariners second baseman Robinson Cano has been named the American League Player of the Week for May 2-8 after hitting .516 with eight runs scored, four homers, nine RBIs and a 1.516 OPS in seven games against the Oakland Athletics and Houston Astros. Cano hit safely in all, collecting multi-hits in five.

This is Cano’s first AL weekly honor of the season and first as a Mariner, but the seventh  in his career. Cano is Seattle’s first AL Player of the Week since Hisashi Iwakuma won in August. Cano also won in 2005, 2007 (twice), 2010 and 2012, all with the New York Yankees.

In seven games ending Sunday, Canó led the majors with 16 hits, a 1.516 OPS, 31 total bases and was tied for the MLB lead with a 1.000 slugging percentage. Cano also ranked second in MLB with a .516 batting average, T2 with seven extra-base hits and two game-winning RBIs.