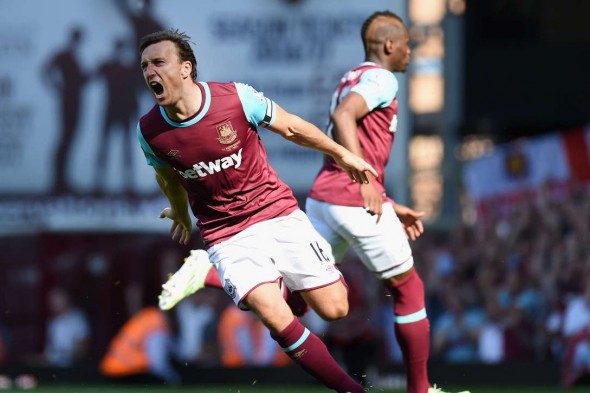 The Sounders will face West Ham United from the English Premier League in an international club friendly at Centurylink Field July 5 (JOEtv, 7:30 p.m.), the club said Wednesday. The match will be Seattle’s fifth friendly against English competition and 10th overall since joining MLS in 2009.

West Ham had its highest-ever point total (62) under first-year manager Slaven Bilic, achieving a 16-7-14 record with one match left in its domestic campaign. Against Manchester United Tuesday, the Irons overcame a 2-1 deficit to beat United 3-2 in its final match at the Boleyn Ground after 112 years.

Next season, West Ham will play home matches at the Olympic Stadium in Stratford. Since the club was founded in 1895, it has won three FA cups, and one European Cup Winners Cup in 1965, but has largely been overshadowed by fellow London clubs Arsenal and Chelsea in the modern days of the Premier League.

“Next season is going to be a hugely exciting and important one for West Ham,” Bilic said in a statement released by the Sounders. “We begin a new era in our magnificent new stadium, and there will be no better way to prepare than with a successful tour of the United States, and games against strong American opposition.

“The Seattle Sounders are renowned throughout America for the passion and loyalty of their fans, so we already have a lot in common, as well as our shared history of former players. We look forward to visiting the Emerald City, and strengthening our ties with the United States still further.”

The Sounders hope to use the friendly as a benchmark to prove it is improving on an international level. Seattle is 2-5-2 all time in its international friendlies, and 0-3-1 against English competition.

“West Ham is finishing up one of the strongest campaigns in its storied history,” Sounders GM Garth Lagerway said in the statement. “We look forward to taking on a team that could very well be competing in European football next season, and should present a unique challenge for our squad as we prepare for the second half of our MLS season.”

Seattle’s most recent friendly against a premier league team ended in a 3-3 draw against West Ham’s bitter rival Tottenham Hotspur on July 19, 2014.