Mariners in rare territory with 21-13 start

How rare is this seasonal start? In only five seasons in their 40-year franchise history did the Mariners (21-13) win at least 20 of their first 34 games. 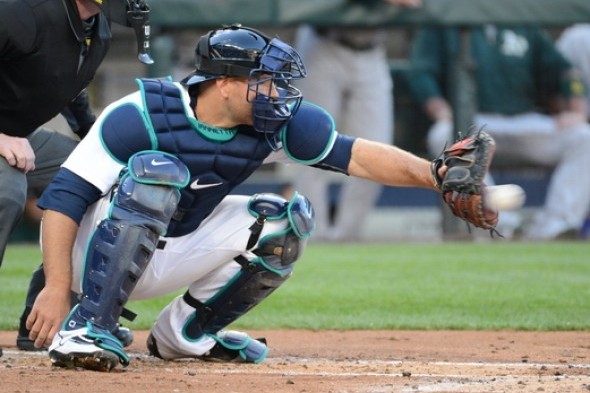 Say this for outgoing CEO Howard Lincoln and his surrogates in gloom, ex-GMs Bill Bavasi and Jack Zduriencik: They really knew how to crush hopes early.

Of course, not every year since 2004 wilted faster than tulip blossoms. Two years ago, the Mariners sank into last place April 18, briefly moved into second in mid-May and spent most of the remainder of season in third. They were finally eliminated from wild card contention on the final day of the regular season, largely due to a Felix Hernandez (10-2 loss) meltdown in Toronto five days earlier.

But in most years, the Mariners were over and out before the NBA/NHL playoffs commenced. That makes this season, nearing the quarter pole, a rare spectacle indeed.

By contrast, the Los Angeles Angels, who open a three-game series with the Mariners Friday night at Safeco Field, and the low-budget Oakland A’s have nine such seasons each over the same span. In three of the 12 years between 2004-15, the Mariners never had the lead — not even for a minute — in the AL West.

As a further illustration of the current rarity, this is the first year since 2003 that the Mariners won at least 20 of their first 34 games and only the sixth time they have  accomplished that feat. Seattle’s best starts (*= playoff team):

This 21-13 start, tied for third-best in franchise history, creates the possibility of a major move by the July 31 trade deadline — if, course, the Mariners are as relevant then as they are now (no guarantee, given the club’s historic capacity to disappoint).

Lincoln will still be CEO at the trade deadline (he will retire in August), but it is not likely that even the great obstructionist will stand in the way of his replacement, John Stanton, taking on salary if that becomes an issue.

In July, Ken Griffey Jr. will become the first homegrown Mariner inducted into the Baseball Hall of Fame. He enters as the most prolific vote-getter in the history of HOF balloting (99.3 percent). Few players get tagged as a “future Hall of Famer” as early as did Griffey, who received that label in his early 20s.

Zduriencik could have drafted Trout in 2009, but selected Dustin Ackley instead. Trout has played 684 MLB games. This is how remarkably similar his stats are to Griffey’s through Griffey’s first 684 (WAR=Wins Above Replacement):

Trout also has a career .914 OPS against Seattle. With Trout shown for comparison purposes, this is how that compares to the best OPS numbers put up against the Mariners by Hall of Famers:

A final note on Trout: He’s a career .368 hitter (25-for-68) with five home runs, 15 RBIs and a 1.106 OPS against Felix Hernandez. Trout and Hernandez will face each other Sunday at Safeco Field in the final game of a three-game series.