Robinson Cano received brutal criticism the past winter — ex-coach Andy Van Slyke called him the worst player he’d ever seen — and has rebounded in near-record fashion. 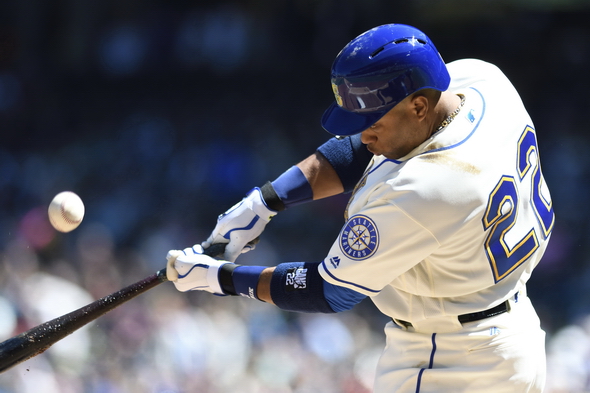 Had it not been for newcomer Ichiro Suzuki, who led the American League in batting (.356) and stolen bases (56), and won Gold Glove, Silver Slugger, Most Valuable Player and Rookie of the Year awards, Bret Boone would have been the undisputed sensation of the 116-win Mariners in 2001, the last edition of the club to reach the postseason.

Now, Robinson Cano not only has a chance to eclipse Boone’s modern record, he even has a shot at making a run at Hornsby, a Hall of Famer who managed the Seattle Rainiers in 1951.

At Seattle’s 40-game mark, Cano has driven in 36 runs, which projects to a 146-RBI season if he plays all 162 games. Odds are that Cano will slow somewhere along the line. But even if he doesn’t catch up with Hornsby or Boone, Cano still has an opportunity to post one of the best RBI seasons by a second baseman since World War II. This is the top 10 list:

Of the second basemen listed, Hall of Famer (2009) Gordon produced the most RBIs through 40 games, collecting 43 for the Cleveland Indians. Here is how all of the above players stood at the 40-game mark, with Cano’s season shown for comparison purposes:

Cano’s 36 RBIs not only lead the AL, they lead the majors. He also leads MLB in road home runs, RBIs, extra-base hits and slugging percentage, and is second in OPS. Cano had a season-high six RBIs April 26 against Houston and five against Texas April 6. He has delivered seven go-ahead hits, and two game-winners. With eight multiple-RBI games, Cano has failed to drive in a run in only six of Seattle’s 40 contests.

At 33, the six-time All-Star is putting up the best offensive numbers of his career, which must come as a jolt to Andy Van Slyke, the former Mariners coach who was part of the bath water thrown out last winter when new GM Jerry Dipoto ousted manager Lloyd McClendon.

“Cano had probably the worst single year of an every-day player that I’ve ever seen in 20 years at the big league level,” said Van Slyke, who added that Cano “was just the most awful player I’ve ever seen.”

Cano underwent surgery for the first time in his career following the season and now here he is, threatening, at least through one quarter of the season, a record set by Hornsby 94 years ago. Van Slyke has yet to be heard from on Cano’s rebound and the significant impact it has had on the Mariners.

Since 2004, the Mariners have ranked among baseball’s worst in scoring, on-base percentage, slugging, OPS, and hitting with runners in scoring position. Focusing only the past five years, the Mariners have never finished higher than third in the AL West. But this is how they rank among the 15 American League teams in key offensive categories this season vs. how they ranked in the previous five:

Robinson Cano isn’t the entire turnaround, but he’s the headline.