By advancing some game starts to 2:30 and 6 p.m., the Pac-12 hopes to eliminate up to four games that would have started at 7 p.m. or later. 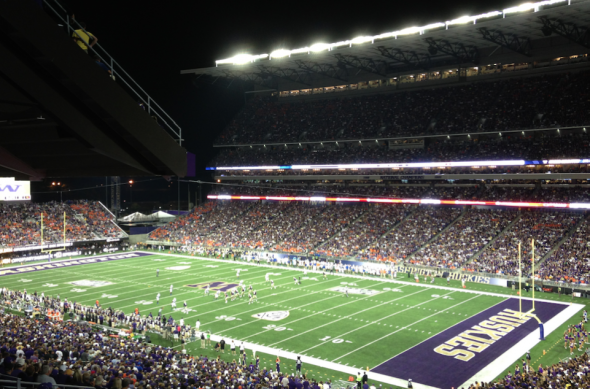 The worst thing about contemporary Pac-12 Conference football — late Saturday starts for TV — apparently will get some reduction, but not elimination. The Pac-12 announced Tuesday that presidents and chancellors approved a plan to pursue more starts at 2:30 and 6 p.m. local times, instead of 7 p.m. or later.

The conference said it could eliminate up to four late starts. Not much, but it’s a start.

“The Pac-12 has some of the most loyal fans in college athletics and we appreciate our television partners working with us on this important issue for fans,” Rob Mullens, University of Oregon athletics director, said in a press release. “The increased exposure and revenue from our contract with ESPN and FOX has been instrumental to our success, but we continue to work hard to minimize as much as possible the negative impact late start times have on our fans who travel great distances to see our teams in person.”

Under the modification, a Pac-12 Network game can start either at 2:30 p.m. or 6 p.m. local time and overlap with an ESPN or FOX exclusive TV window.

Also approved was an agreement to televise eSports — competitive video gaming — on the Pac-12 Networks using campus teams. There will be head-to-head match-ups in studios as well as a tourney in conjunction with a Pac-12 championship event.

No word on whether eSports will persuade DirecTV to think the Pac-12 Networks are worth the price to carry the conference programming.