Stan Naccarato, a faithful, tireless promoter of his hometown of Tacoma as well as sports of all kinds, died Wednesday at 88. 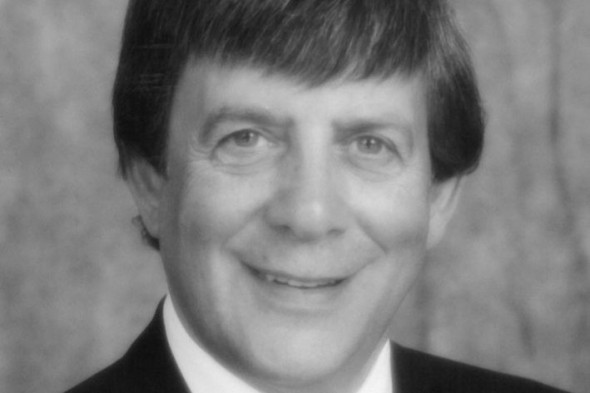 Stan Naccarato was a tireless advocate for sports and his hometown of Tacoma. / Shanahan Sports Museum

In a region where pro sports teams have been known to skip town, Stan Naccarato would have none of it. A businessman/promoter who loved sports and Tacoma equally, Naccarato put together in 24 hours in 1971 one of the great business feats in baseball, which prevented the relocation of Tacoma’s AAA baseball franchise.

Garrulous and irrepressible, Naccarato plowed through his list of wealthy Tacoma business people as soon as he heard that the parent Chicago Cubs were planning to move their top minor league franchise to Wichita, KN. Along with longtime friend Clay Huntington, he bent the ears of 19 of their pals for $5,000 each to buy the club, then drew in the Minnesota Twins as the MLB parent club.

In its various incarnations, the franchise has been a 56-year staple in the City of Destiny, the last 20 years at Cheney Stadium as the Rainiers, the Pacific Coast League affiliate of the Seattle Mariners in one of the top AAA ballparks in the country.

Rainiers president Aaron Artman said in a statement that players will wear a uniform patch saluting Naccarato. A sign on the outfield wall at Cheney Stadium will commemorate Naccarato’s impact on the community.

“Stan was a wonderful friend and mentor, a leader of not only this organization for decades, but for the entire city,” Artman said. “He loved Tacoma maybe even more than he loved the Rainiers. We will honor him for the remainder of the 2016 season and remember the impact that he had on this city and this franchise forever.”

A former minor-league pitcher, Naccarato turned to the marketing and business of baseball after injuries derailed his playing career. By 1975, he had established the franchise so strongly that The Sporting News named him minor league general nanager of the year. He also was named winner of the Larry MacPhail Trophy as minor-league baseball’s outstanding promoter.

But he didn’t promote only baseball. Naccarato was all about bringing any event or sport to town.

He helped usher in outdoor pro soccer when he became general manager of the Tacoma Tides, who played at Cheney in 1976. In 1983, when another project he helped lead, the Tacoma Dome, opened for business, the first pro sports tenant was the Major Indoor Soccer League’s Tacoma Stars, which went on to set league attendance records in a 10-year run.

“Stan did it his way, for the good of the people. He was never above the most modest fan,” Frank Colarusso, a Tacoma Tigers front-office associate of Naccarato for six years, told The News Tribune. “It saddens me to realize an entire generation of fans has no idea of who he was, or what he meant to keeping pro baseball in Tacoma. That’s life – we evolve and move along – but everybody in our community should know that this man was a true icon.”

Despite the lure of the big city 30 miles north, Naccarato never lost his lust for Tacoma.

“I wouldn’t be here today if it weren’t for sports,” Naccarato told the News Tribune in 2005. “You can see my love for my hometown. I think it is as beautiful here as it is in San Francisco. I will sell it to anybody and I always will. I’ve had a love affair with this town my entire life.”