The Mariners begin a key three-game series with the Texas Rangers Friday night at Safeco Field and will have Leonys Martin back in centerfield. 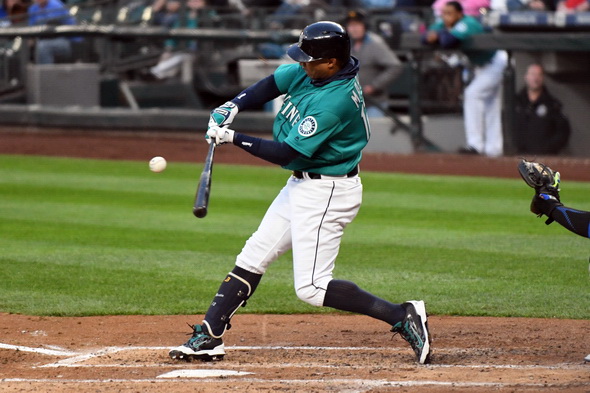 The Mariners Friday activated OF Leonys Martin from the 15-day disabled list (strained left hamstring) and, to make room on the 25-man roster, optioned INF Luis Sardinas to AAA Tacoma. Martin, who missed 14 games, will be in the starting lineup Friday night when the Mariners begin a three-game set with the AL West-leading Texas Rangers at Safeco Field.

The 28-year-old Martin was injured May 25 vs. Oakland on a stolen base in the bottom of the third inning. In 44 games prior to his injury, Martin was batting .262 with 22 runs, five doubles, nine home runs and 20 RBIs. The Mariners’ outfield defense fell off notably when LF Nori Aoki replaced him.

Martin has reached base safely in 19 of his past 20 games, including hitting safely in his past nine games. Since May 3, Martin is batting .353 with 14 runs, one double, five home runs, 10 RBIs and six stolen bases in 20 games.

Sardiñas, 23, hit .216 with six runs, one home run, three RBIs and a walk in 13 games in his second stint with the Mariners this season after being recalled from the Rainiers May 25. With Tacoma, Sardiñas hit .406 with four RBIs in eight games.

Sardiñas has hit .215 in 25 games over two stints with Seattle. In 25 games with the Mariners, Sardiñas has appeared at shortstop, second base, third base, first base and left field.