Nate Robinson, 32, tries out with Seahawks

Former Huskies CB Nate Robinson returns to football Monday as the Seahawks give the 11-year NBA point guard at shot at playing in the NFL. 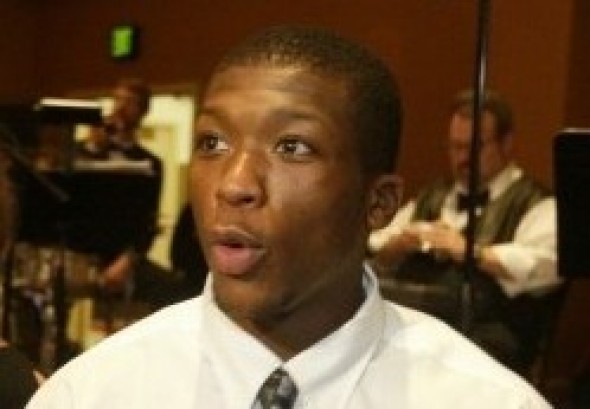 Former Rainier Beach High standout and University of Washington CB Nate Robinson, who recently wrapped up an 11-year career as an NBA point guard,  returned to football — at least for a day — Monday at a tryout with with the Seahawks. A Seahawks source confirmed the original Washington Post report Monday.

Robinson, 32, last played football for the Huskies in his freshman year of 2002, starting the final six games. But in the video above posted in March, Robinson makes a campaign statement for playing in the NFL, backed by his Huskies football coach, Rick Neuheisel, and NBA great Jamal Crawford.  It shows him at an empty Clink, catching a few footballs.

He moved on to basketball at UW, leading the team in scoring for each of his three seasons and was twice named to the Pac-12 All Conference team.

He was taken 21st in the first round of the 2005 draft by the Phoenix Suns and subsequently played for eight teams and averaged 11 ppg. His last full-time season was 2012-13 with Chicago. He played two games with the New Orleans Pelicans in 2015-16 before playing 16 pro games in Israel.

The 5-foot-8 Robinson won three NBA dunk contests and will be part of the 2016 Huskies Hall of Fame class.

Robinson has all the athletic traits coach Pete Carroll looks for in defensive backs, except, of course, for height. But having been away from the game for so long, and experiencing the declining skills common for all athletes after age 30, chances for making the roster are minuscule.

But Carroll has never shied from longshots, nor hype. And Robinson has spent his athletic life beating immense odds.

With a three-day mini-camp beginning Tuesday, the Seahawks, if they choose to put him on the 90-man roster, have a sideshow that will keep attention away from the regular work. But the Monday tryout was one of many the Seahawks give to players without any commitment to sign.