In the second of three Copa America Centenario matches in Seattle, Argentina cruised to a 3-0 victory over Bolivia Tuesday. Leo Messi played in the second half, to the delight of the crowd. 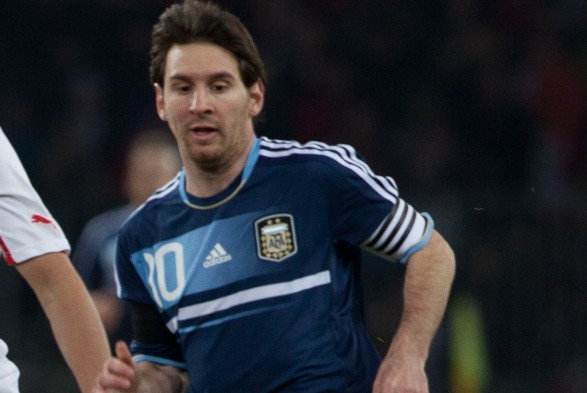 Leo Messi was the man everyone came to see Tuesday. / Wiki Commons

Argentina had a leisurely stroll en route to a 3-0 victory over Bolivia in front of a crowd of 45,753 at CenturyLink Field Tuesday night in the final match of the group stage of the Copa America Centenario. Leo Messi appeared as a substitute at the start of the second half, and gave the masses plenty to talk about despite failing to score a goal.

To call Argentina’s roster star-studded is an understatement. Gonzalo Higuain plays for Napoli. Erik Lamela for Tottenham. Ezequiel Lavezzi was a star at Napoli and then Paris Saint-Germain, while Sergio Aguero once set the blue side of Manchester alight with joy when he scored the goal that won Manchester City the Premier League in stoppage time on the final day of 2012.

But the crowd in Seattle only had eyes—and words—for one man Tuesday.

Early and often, the chant echoed through the stadium as the Barcelona superstar, rumored to be worth $230 million, observed all of the contest’s goals from the bench.

Argentina was never seriously troubled by Bolivia, which only made furtive expeditions downfield in the opening and closing moments of the match.

Lamela opened the scoring in the 13th minute, when a free kick took a deflection off Bolivia’s wall, freezing Bolivian keeper Carlos Lampe as it went to the opposite side of the net.

Two minutes later, Lavezzi smashed home a rebound after a Higuain header was stopped at the line to make it 2-0.

Victor Cuesta drove in the final dagger in the 32nd minute, when he slid forward and poked a cross from Lavezzi.

The biggest cheers of the match, though, were reserved for when the camera focused on Messi coming out of the tunnel to start the second half. Messi abandoned his warmup jacket, and went to the midline to be subbed in.

From there, it was as though the other 10 Argentines weren’t even on the field, if the crowd was to be believed. Every time Messi touched the ball, the noise grew.

Messi lived up to the hype, playing against a beleaguered Bolivia that packed in the numbers on defense, trying to limit the damage. The Atomic Flea, as he is called by some Argentina fans, had a couple moments where he showed off his prowess, dribbling circles around defenders half a foot taller than him.

Two moments defined Messi’s value. The first was a free kick from 22 yards out, which shot across the width of the goal, and passed so near to the far post as it sailed wide that it must have scuffed the paint. The second was after a through ball to the end line, where Messi waited for the charging keeper before casually nutmegging him to set himself up on goal.

Messi was flagged offside, but the crowd stood and applauded as if he had scored.

In the end, Argentina finished with 86 percent of the overall possession, almost running an offensive drills practice for its quarterfinal match against Venezuela Saturday. Bolivia attempted just 80 passes, less than one per minute of play.

For the fans, though, the memorable part of the match was seeing Messi ply his trade. Gerardo Martino, Argentina’s manager, said Messi was accustomed to the pressure.

“This is what happens,” Martino said through a translator. “People want to see him. People pay all over the world to see him . . . He has that obligation to follow through for the fans who are paying to be there.”

Messi didn’t score, but he proved why crowds draw at the mere mention of his name. As Argentina rolls on in the tournament, American eyes will be drawn to the man wearing number 10 to see what he does next.