Washington’s women’s rowing program has a successor to Bob Ernst: Yazmin Farooq, for the past 10 years the head women’s coach at Stanford. She was coxswain for the U.S. at two Olympics. 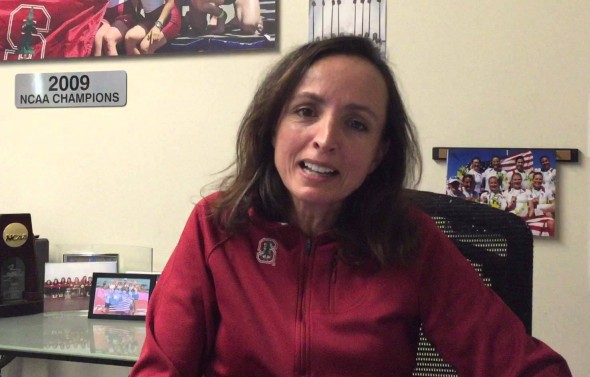 Two-time Olympian and 10-year head coach at Stanford, Yasmin Farooq has been hired as women’s rowing coach at the University of Washington. Farooq succeeds longtime coach Bob Ernst, who was fired controversially Nov. 24 in one of the last actions by athletics director Scott Woodward, who left to become AD at Texas A&M.

The announcement was made Wednesday by Woodward’s successor, Jen Cohen.

“This program is a source of great pride to many people, and after spending some time with Yaz, it didn’t take long to realize she was the right fit to lead us into the future,” Cohen said in a press release. “Her resume speaks for itself, but the further we looked into her background, the more we realized that the work she has done echoes our core objectives of positively impacting student-athletes, building a championship culture, and uniting community.”

A 2014 inductee into the Rowing Hall of Fame for her eight years as national coxswain, Farooq won an NCAA championship in 2009 at Stanford, when she was named national and regional coach of the year. Last month at the NCAA regatta, Stanford finished fourth overall, one spot ahead of the Huskies, under interim coach Conor Bullis, and finished third in the varsity eight final.

“I am extremely excited to take the reins of such a storied program,” Farooq said. “Washington rowing has a long-standing history of excellence, and I can’t wait to get to work to find out where we can take this team.”

A native of Waupun, WI., and a University of Wisconsin graduate, Farooq has coached 14 rowers who have competed at the under-23 or senior world championships, including two Olympians, winning 27 medals, 15 gold.

During her Cardinal tenure, 28 Stanford rowers have been named All-America. She coached Elle Logan, an NCAA champion (2009), three-time world champion, two-time Olympic gold medalist (2008 and 2012, both in the U.S. eight) and the Pac-12 Women’s Rower of the Century. Also under Farooq, 138 rowers have earned Academic All-Pac-12.

In the national boat from 1989 to 1996, she competed in the 1992 Games in Barcelona and the 1996 Games in Atlanta, where she was captain. As an international coxswain, she won three silver medals at World Championship regattas in 1990, 1993 and 1994. Her international career reached its pinnacle in 1995, when her U.S. eight won the World Championship in Finland, the first world title for the U.S. women.

Farooq has served as a television commentator for NBC for the past four Olympic games. Along with her husband, she has produced instructional DVDs for coaching coxswains. She earned a bachelor’s degree in broadcast journalism from Wisconsin in 1988.

The vacancy was created when tumult in the women’s program culminated in the dismissal of Ernst, who had been part of UW’s highly successful rowing tradition for 42 years, including the men’s team, from where he stepped down as head coach in 2008 and was succeeded by Michael Callahan.

In his termination letter, Woodward wrote to Ernst that he was fired because “multiple student-athletes on the women’s rowing team have communicated to the athletic department that they are not having a positive experience. As such, it is not in their best interests to continue to be coached by you.’’