With two starters on the disabled list and perhaps Taijuan Walker next, the desperate Mariners dealt minor league SS Chris Taylor to the Dodgers for minor league RHP Zach Lee. 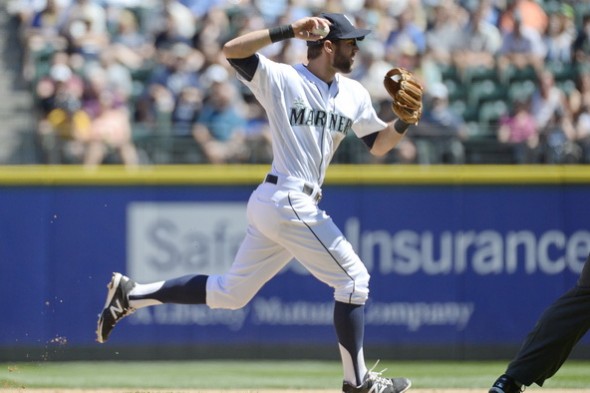 In Tacoma all season, SS Chris Taylor was traded to the Dodgers for a minor league pitcher. / Alan Chitlik, Sportspress Northwest

Hours after losing to the Boston Red Sox 2-1 Sunday afternoon at Fenway Park, the Mariners acquired minor league starting RHP Zach Lee from the Los Angeles Dodgers in exchange for SS Chris Taylor and added him to the 40-man roster. The club did not specify where Lee will be assigned as Seattle continues a three-city, 10-game road trip that moves to Detroit for a four-game set Monday.

But with Felix Hernandez and Wade Miley on the disabled list and Taijuan Walker perhaps set to join them with a sore tendon in his foot, the Mariners suddenly are in desperate straits. Lee, 24, is a six-year minor leaguer in the Dodgers system who has pitched one major league game.

Taylor, 25, was hitting .312 with three home runs and 29 RBIs with AAA Tacoma. In parts of three MLB seasons with Seattle, he hit in .240 in 86 games. He was drafted by Seattle in the fifth round in 2012 out of the University of Virginia.

With the emergence of Ketel Marte at shortstop. Taylor became expendable.