Activated Wednesday off the 15-day disabled list, Wade Miley will start for the Mariners Wednesday night in the second of two against the Pirates. 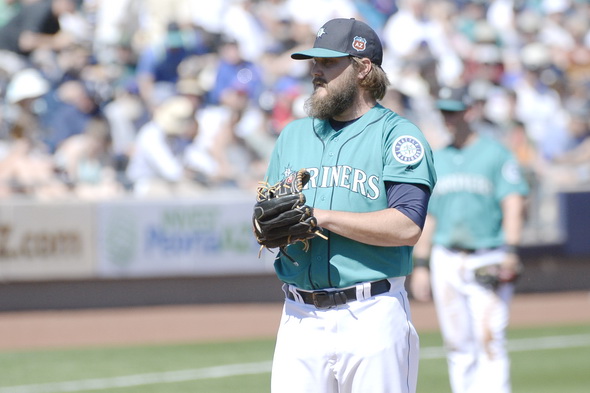 The Mariners activated LHP Wade Miley from the 15-day disabled list (left shoulder impingement) and placed RHP Nick Vincent on the same list (mid-back strain) ahead of Wednesday night’s game against the Pittsburgh Pirates at Safeco Field. Miley will receive the start as Seattle (39-38, 3rd, AL West) attempts to sweep the two-game series.

Miley, 29, appeared in one game with short-season A Everett on a rehabilitation assignment June 24 vs. Boise. He struck out seven while facing the minimum 12 batters over four scoreless innings.

The Mariners acquired Miley from Boston along with RHP Jonathan Aro in exchange for RHP Carson Smith and LHP Roenis Elias in December. Miley is 55-49 with a 4.06 ERA in 151 career appearances (147 starts) with Arizona, Boston and Seattle.

Miley will oppose RHP Jameson Taillon (1-1, 4.50) as the Mariners attempt to win for the fourth time in five games following a six-game losing streak. The Mariners and Baltimore Orioles begin a four-game set at Safeco Thursday.