Robinson Cano’s rebound from an off-season was rewarded with his seventh appearance in the All-Star Game, next week in San Diego. 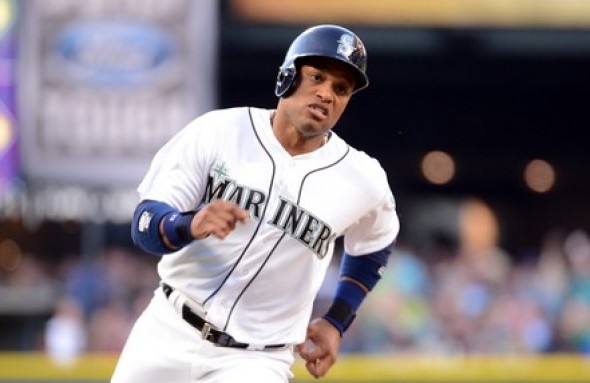 2B Robinson Cano is the lone Mariners’ representative on the 35-man American League team in the 87th All-Star Game Tuesday in San Diego. It’s Cano’s seventh appearance after missing last season’s game with an injury-hampered first half.

Cano was selected by players after fan voting put Houston’s Jose Altuve in the starting lineup at second.

“It’s one of the achievements you want,” Cano told MLB.com in Houston before the game. “That’s a memory that everyone is always excited about. For me, it means a lot more, because this year I’m going to be able to bring my son and he’s going to be able to enjoy that. It’ll be a great moment, just me and my son there.”

Boston led the AL team with six selections, while the Chicago Cubs had seven on the National League team (rosters here).

Red Sox DH David Ortiz, a Seattle farm prospect 20 years ago, is one of three former Mariners named to the game. He is joined by OF Mark Trumbo, traded in November to Baltimore after a half-season in Seattle, and Marlins reliever Fernando Rodney, waived amid a bad season.

Former Mariner Michael Saunders, now of the Blue Jays, is one of the five candidates for the AL’s 35th spot, to be determined by fan voting. Dodgers rookie Corey Seager, younger brother of Mariners 3B Kyle Seager,  made the NL’s squad at shortstop.