Sounders and Galaxy: 3 matches in 22 days

Three games against the Galaxy in a season is a daunting task, let alone three in three weeks. The gauntlet could form the pivot point for the Sounders’ dismal season so far.. 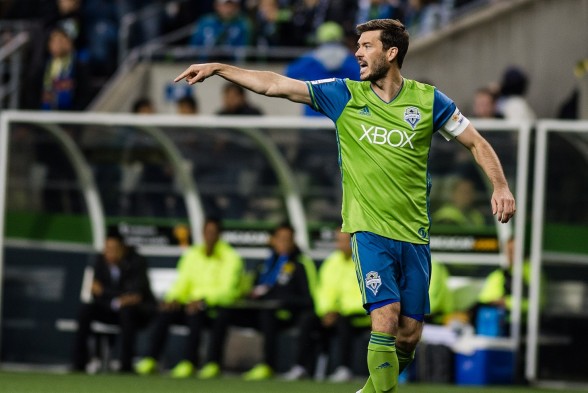 The Seattle Sounders are a week in to a daunting July. A game each against fierce Western Conference opposition from FC Dallas, the Portland Timbers, and Sporting Kansas City would be worrisome enough for the 5-9-2 Sounders, but a trio against the Los Angeles Galaxy in a 22-day span has the greatest potential to derail Seattle’s season.

The first of the three meetings is Saturday at CenturyLink  (12 p.m., ESPN). The second meeting is July 20 in the quarterfinal of the U.S. Open Cup, while the third is another league match July 31. Both are at the StubHub Center in Carson, CA.

Offensively, the Galaxy (6-3-8) routinely bring a howitzer to water balloon fights. LA has scored 30 goals in 17 matches, a league best that looks especially jarring against a Sounders back line that is struggling to find a consistent identity.

Regular-season meetings between the two clubs have not gone well for Seattle. The Sounders are 4-8-6 all-time against the Galaxy during the regular season, and it was only last year that they survived LA for the first time in four postseason meetings.

The Portland Timbers are Seattle’s fiercest rival, but the results of three matches against the Galaxy may have a bigger impact on whether the Sounders can turn momentum from the last three outings into a legitimate push to overcome the downtrodden start.

Dempsey’s return last midseason didn’t prove to be the boost Seattle had hoped for. But the resumption of chemistry development between Dempsey and rookie Jordan Morris is critical to the late stages of Seattle’s season.

Seattle’s back line will also benefit from better health. Schmid confirmed Thursday that Chad Marshall cleared concussion protocol and was set to play Saturday. Marshall, the 2014 MLS Defender of the Year, left early in Seattle’s match against Toronto to receive treatment for a head injury. Captain Brad Evans is also healthy, according Schmid, and ready to resume his center back role.

The play of both will be important in limiting the effectiveness of the Galaxy’s star-studded attack, and in keeping the Sounders competent while awaiting the return to health of Panamanian center back Roman Torres, still recovering from an ACL tear sustained last September.

With the summer transfer window open, fans have clamored for the Sounders to splash some of the money freed up by the departure of Obafemi Martins on a new signing. But general manager Garth Lagerway has hinted that the club doesn’t want to use a summer signing as a bandage to address midseason problems.