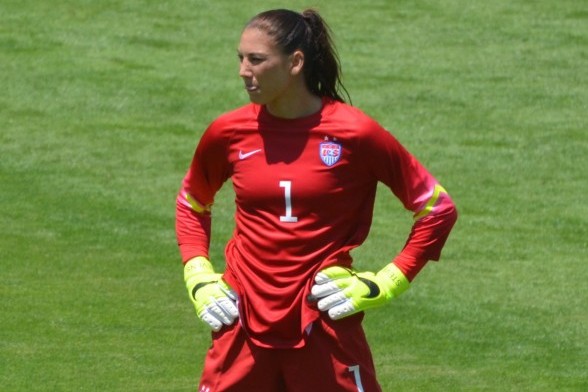 Hope Solo will participate in the Rio Olympics. / Wiki Commons

Seattle Reign teammates Hope Solo and Megan Rapinoe Tuesday were selected to the 18-player national team roster that will represent the United States in the Olympic soccer tournament next month in Rio de Janeiro. Aiming for its fourth consecutive gold medal, the U.S. opens Aug. 3 against New Zealand.

Rapinoe, a 31-year-old midfielder, has not played competitive soccer this year due to a torn right ACL in December. But she resumed training last week and is expected to be available for spot duty in Rio. Rapinoe is one of 10 players on the U.S. team that participated in the past year’s World Cup final against Japan.

Rapinoe helped the USA win a gold medal at the 2012 Olympic Games in London.

Goalkeeper Solo, a Richland, WA., native and University of Washington graduate, is a two-time Olympic gold medalist and World Cup gold medalist. Last week she made history by posting her 100th international shutout with the national team, a 1-0 victory over South Africa.

The USWNT team selected for Rio: