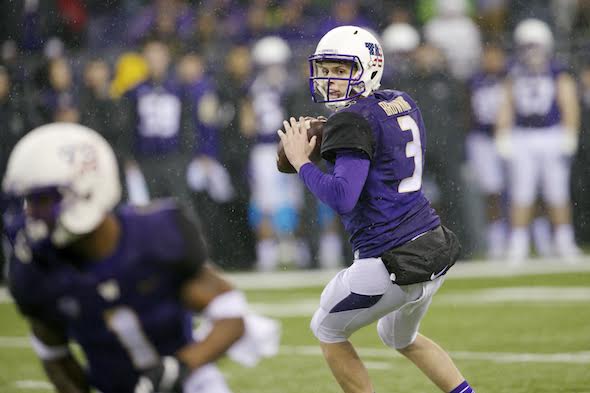 Chris Petersen’s Washington Huskies were picked to finish second in the North Division in the Pac-12 Conference media poll released Thursday in Los Angeles. A panel of 33 writers and broadcasters who regularly cover the conference awarded UW 163 points, including eight first-place votes. Four media members also selected the Huskies as their choice to win the championship game.

For the first time in 56 years, Stanford was selected as the favorite to win the conference. The Cardinal received 24 first-place votes as the top team in the North and 20 media members predicted that Stanford would win the title game game at Levi’s Stadium in Santa Clara, CA.

USC had five votes to win the title game, the most among teams in the South Division.

The media poll has correctly predicted the conference champion in 29 of 55 previous polls, but only twice in the last nine. Following are the resultsl (points 6-5-4-3-2-1, first-place votes in parentheses):