Wade Miley was sent to the Baltimore Orioles Sunday for Cuban refugee Ariel Miranda, 27, who spent most of the season at AAA. He will report to Tacoma. 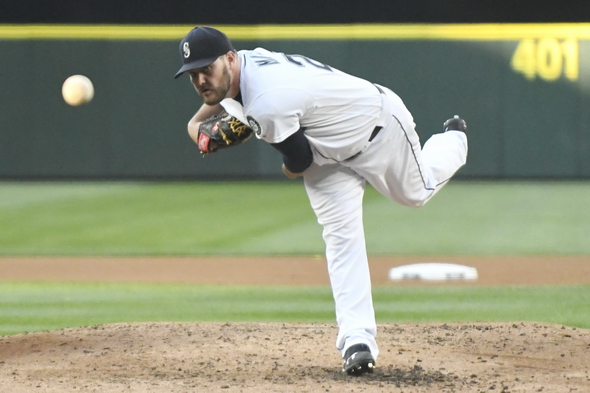 Wade Miley was traded after his best game as a Mariner. / Alan Chitlik, Sportspress Northwest

The Mariners acquired a 27-year-old LHP and defector from Cuba, Ariel Miranda, Sunday via the Baltimore Orioles for LHP Wade Miley, who pitched the best game of his season Saturday in a 4-1 win over the Cubs in Chicago.

Miranda, 6-foot-2 and 190 pounds, played seven seasons in Cuba before signing as a free agent with Baltimore May 27, 2015, but has only two games of major league experience. He was 4-7 with a 3.93 ERA in 19 starts with AAA Norfolk this season with 87 strikeouts and 31 walks. He will report to AAA Tacoma.

“Ariel Miranda is a power left-handed pitcher with a four-pitch mix that is major league ready that provides us with flexibility,” Mariners GM Dipoto said in a statement. “We are very excited for what he can bring to the Mariners.”

Over his past seven starts, Miranda is 3-0 with a 1.93 ERA (9 ER, 42.0 IP) with 33 strikeouts and 11 walks.  Earlier this season, July 3 at Seattle, Miranda made his major league debut, allowing three runs on four hits with four strikeouts in two innings.

“It is a bittersweet ending to the trade we made last winter with high hopes,” Dipoto said.  “We are appreciative of everything that Wade did for the Mariners organization, culminating with his best performance of the season yesterday against the Chicago Cubs, one of the best teams in the league.

“We are glad that Wade can go from one team in playoff contention to another, and to a division that he has had success in during his career.  This decision is the best move for the Mariners present and future.”