The Mariners acquired MLB’s most unusual pitcher, lefty-righty Pat Venditte, as well as fireballing Arquimedes Caminero, in separate transactions to bolster the bullpen. 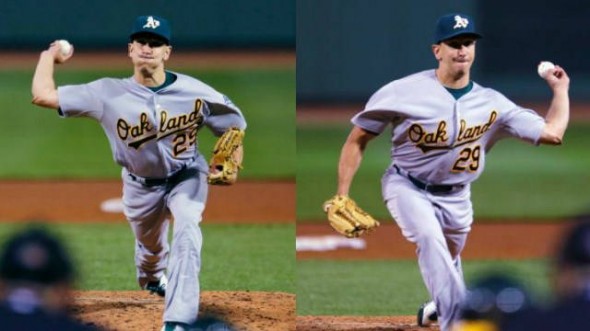 Caminero went 1-2 with one save and a 3.51 ERA with 32 strikeouts in 39 relief appearances with the Pirates. In his past 21 appearances, he has a 2.13 ERA with 19 strikeouts. He made three rehab appearances with AA Indianapolis after being placed on the 15-day disabled list with a strained left quad (May 25-June 11).

Venditte will report to AAA Tacoma. He posted a 5.19 ERA in eight relief efforts with Toronto this season. In 25 games with AAA Buffalo, Venditte went 2-1 with a 4.37 ERA. He reached the majors last season for the first time with Oakland, when he pitched 28.2 innings in 26 games.

Parker, 31, appeared in one game with Seattle this season, tossing one scoreless inning in relief vs. Boston last Thursday. In 38 appearances with AAA Tacoma, Parker went 1-2 with 19 saves and a 2.72 ERA. In parts of three MLB seasons, he compiled a record of 2-3 with a 3.63 ERA.

Roach, 26, went 2-0 with an 8.44 ERA in four relief appearances over two stints with the Mariners. The Mariners have 10 days to trade, release or outright both Parker and Roach to the minor leagues.