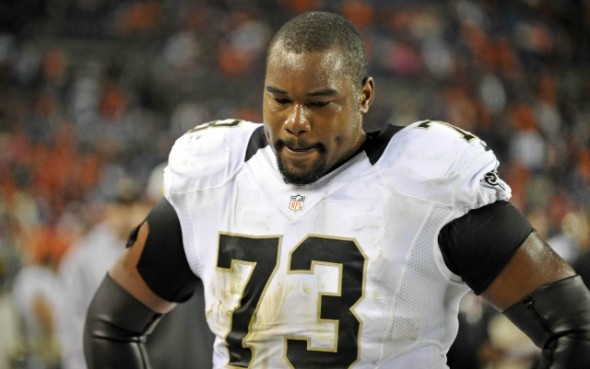 Evans, who was a free agent after refusing to accept a pay cut in February from the Saints, his team of 10 years, came in Friday for a workout. He turns 33 Aug. 22.

The Seahawks have penciled in well-thought-of guards, second-year Mark Glowinski and rookie first-round pick Germain Ifedi, to fill the starting spots. But it’s possible that Ifedi could be moved to tackle, where he played in college, if J’Marcus Webb, a veteran free agent signing who missed spring workouts with injury, doesn’t pan out.

“It’s been talked about but it’s surely not a serious thought right now,” assistant coach Tom Cable said Saturday about possibly moving Ifedi. “The biggest issue is getting him settled and obviously he’s doing really well, so I don’t know if you want to mess with that.”

Cottom apparently injured his Achilles tendon during practice Thursday. Helfet, who as the No. 3 tight end played in 24 games the past two seasons and had four starts, broke a bone in his foot at the beginning of training camp.

Also cut were TE Ronnie Shields, RB Tre Madden and DE David Perkins. If the injured players pass through waivers, they can be placed on the  Seahawks’ injured reserve list.

The Seahawks also added five players to the 90-man roster, including FB Jonathan Amosa from the University of Washington, a former walk-on from Rainier Beach High School who played linebacker as well as fullback. He will compete with another former Husky, Tani Tupou, in the absence of Cottom.

A linebacker from Washington State, Kache Palacio, was signed, as was RB Troymaine Pope of Jackson State, WR Uzoma Nwachukwu of Texas A&M and TE  Joe Sommers of Wisconsin-Oshkosh.