The Seahawks are happy with Justin Britt at center, backed up by rookie Joey Hunt, so they waived Patrick Lewis, who started nine games the past season. 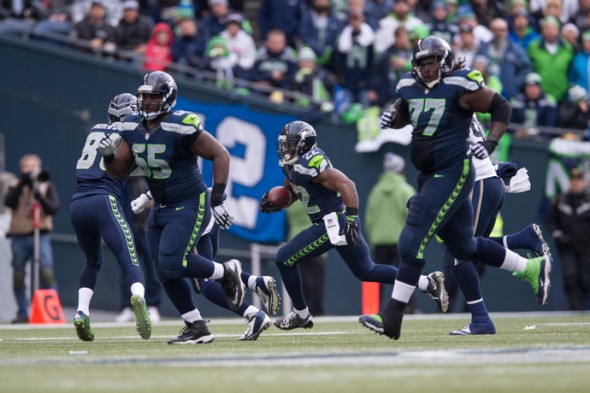 The Seahawks lopped their roster Tuesday on the mandatory cutdown date to 75 players. The cuts include three who were on last year’s regular-season roster, including Patrick Lewis, who started nine games after replacing Drew Nowak at center.

Seattle reportedly had been shopping Lewis, who helped the Seahawks to a 6-3 mark, largely because of better protection for QB Russell Wilson. Former guard and tackle Justin Britt will start at center this season, and sixth-round draftee Joey Hunt will be the backup.

Thr Seahawks offered Lewis, a restricted free agent, a non-guaranteed $1.67 million salary. Hunt makes less than $500,000 so the Seahawks will save the difference against the salary cap.

The Seahawks also waived/injured WR Kevin Smith, former University of Washington player who has had a hamstring injury for most of training camp, and Kristjan Sokoli, a 2015 sixth-round draft pick who moved from defense to offense.

Also injured/waived were RB George Farmer, DB Trevon Reed and DE Josh Shirley. All of those players, including Smith, will revert to Seattle’s injured reserve list if they clear waivers Wednesday. Shirley is also a former Huskies player.

NFL teams have until 1 p.m. PT Saturday to reduce their rosters to 53 players. The Seahawks play their final preseason game at 7 p.m. PT Thursday in Oakland (KCPQ Ch. 13).