The Seahawks wrapped up preseason with an awkwardly wild 23-21 win over Oakland, but much attention went to CB Jeremy Lane, who sat during the anthem, and QB Travone Boykin, who flopped. 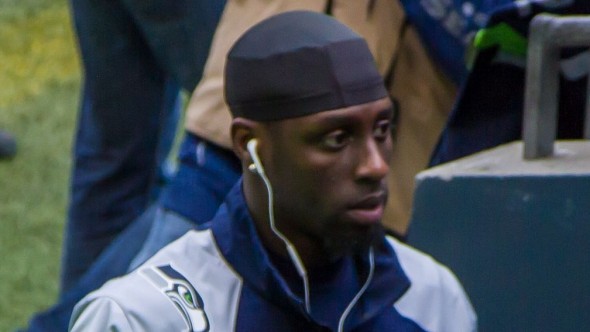 For a game that entered the fourth quarter with a 5-3 score, the evening was more intriguing than anyone familiar with the history of final NFL preseason games had a right to expect.

Amid the predictable banana-peel moments Thursday night among third-stringers, two unpredicted elements loomed above the spasm-ball offered up the Seahawks and Oakland/Las Vegas Raiders: Starting CB Jeremy Lane failed to stand up and backup QB Trevone Boykin failed to stand out.

Neither had much impact on the outcome, a 23-21 Seattle win (box) after a wild fourth quarter that included touchdowns from an interception and a kickoff return.

But Lane and Boykin created at least some near-term drama for a team that had sneaked through training camp and exhibitions with a minimal amount of dyspepsia.

Lane sat on the visitors bench at the Oakland Coliseum as the rest of the Seahawks stood for the national anthem, joining San Francisco 49ers QB Colin Kaepernick in the forefront of the national convulsion about the issue of oppression of minorities across the U.S.

Less significant socially, but important for many Seahawks fans, was the regression by Boykin, the undrafted free agent from Texas Christian who was as erratic Thursday as he was poised in the three previous games.

Before any criticism of Boykin sets in concrete, it must be said that he had pitiful help from the mostly second- and third-string linemen in front of him. Nevertheless, even the irrepressible Pete Carroll was dismayed, opening the question of whether the Seahawks in next 48 hours will be in the frenzy for a veteran backup to Russell Wilson.

“He had some problems tonight with some stuff,” Carroll said. “I’m not sure where it all came from. He’s not as sharp as he has been.

“This was a little bit like the wild bunch out there. The guys were having trouble getting lined up. I’m not quite sure where it all came from, but we struggled tonight just kind of administering the game for us.”

Regarding whether Boykin has made the team, Carroll said somewhat ominously, “We’ll find out.”

Boykin was seven of 15 for 72 yards, no TDs and no picks. But he gave the Raiders the game’s first two points in the second quarter with a safety after he was penalized for intentionally grounding the ball while throwing from the end zone. The play call was as bad as the execution, given the group’s inexperience.

Boykin escaped several jams with his Wilson-like elusiveness, finishing with 22 yards on seven carries. But the job is a whole lot more than scrambles. He mismanaged the final drive of the first half, including a good scramble that ended with him staying inbounds near the sideline, forcing use of a timeout with fifteen seconds left.

In the goofiness of the fourth quarter, Carroll decide to throttle back on the chance for mayhem.

“We ran the ball to simplify things,” he said. That, the Seahawks can do.

In what appears increasingly like another preposterous find by GM John Schneider, the 5-foot-7 hummingbird from Jacksonville State in Alabama led the Seahawks with 52 yards in eight carries, including a five-yard run for a TD that put the Seahawks up 16-8 with 5:14 left. He also caught a pass for 13 yards and ran back three kickoffs for 107 yards, with a long of 60.

His play throughout camp forces a tough call upon the Seahawks coaches regarding running backs. Thomas Rawls, who saw his first game action since December, carrying twice for seven yards, is the unquestioned starter. Christine Michael is solid for the top backup.

If the Seahawks keep only two more backs, one seems likely to be C.J. Prosise, even though he had only four carries for five yards Thursday. He’s a third-round draftee who is a proven pass catcher and will serve as a third-down back. The final choice seems between Pope and Alex Collins, who looked strong with 40 yards in nine carries, including the game-clinching one-yard TD run with 1:15 left for a 23-14 lead.

Regarding Lane, the fifth-year cornerback who signed a four-year, $23 million contract with a $5 million signing bonus, he told reporters after the game that he did not tell his teammates about his plan, and was not acquainted with Kaepernick.

“I just like what he’s doing, and I’m standing behind him,” Lane said. “It’s something I plan on keep on doing, until I feel like justice is being served.”

Carroll walked a line between supporting his player while avoiding a judgment on the wisdom of the protest.

“It’s totally an individual decision, but these are very interesting issues that we’re dealing with right now,” Carroll said. “Our team has been working at it, and we’ve been in the process of communicating about a lot of stuff right now. I’m really proud of the progress we’re making in the conversation, and I look forward to continuing it with our guys.

“It’s really important to us to understand and to be smart about what we’re doing and how we handle our business. Like I’ve been telling you, we have a great group of guys that lead this team, and they’re going to help us as we move forward. I’m very much in support of them and how we handle it. The individuals in this program have always been very crucial to us. This is another time we support our guys.”

And as far as football, Carroll thinks the Seahawks, who have to cut the roster to 53 by 1 p.m. Saturday, have it going on.

I’m excited,” he said. “With our leadership and depth, we give ourselves a good chance have a nice season.”

With a couple of distractions thrown in.