On the final cutdown to 53, the Seahawks traded for two cornerbacks and cut 24 players, including DT Jordan Hill, G Jahri Evans, FB Will Tukuafu and CB Marcus Burley. 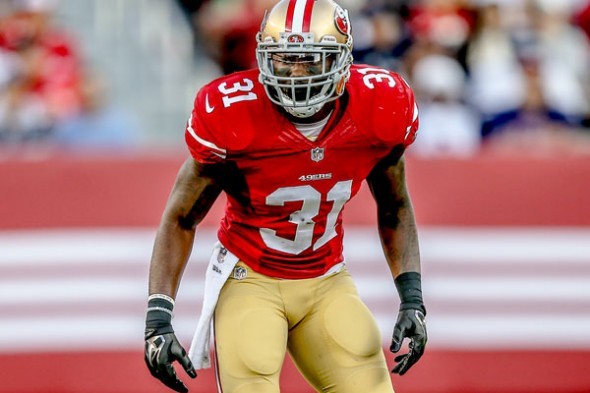 For now, and keeping in mind things are subject to change between now and the Sept. 11 home opener against the Miami Dolphins, Trevone Boykin remains Russell Wilson’s backup, despite an inconsistent preseason and a poor performance in the final exhibition game against Oakland.

McDonald, acquired for an undisclosed draft pick, is a third-year safety who has played 15 career games with Indianapolis, New England and Oakland. He attended the University of California (PA.) and came out of school undrafted.

McCray, who went undrafted out of Catawba (NC) in 2014, played 22 games for San Frnacisco the past two seasons and was used almost entirely on special teams. The Seahawks acquired him for an undisclosed draft pick.

As usual, the Seahawks got younger: They kept 14 rookies, including six undrafted free agents. Saturday’s cuts:

Evans was a six-time Pro Bowler with the Saints who signed a one-year contract with Seattle in August valued at $1.06 million ($80,000 guaranteed). He was expected to compete for a starting job at right guard, but the 33-year-old could not dislodge rookie Germain Ifedi, nor could he serve as a backup at more than one position, almost mandatory for Seattle’s reserves.

Tukuafu signed with the Seahawks last week. Last year, he played in 14 games (one start) and scored two touchdowns, one rushing, one receiving. The Seahawks do not have a fullback on the roster and might bring him back after Week 1.

Hill started for the Seahawks as a rookie during their Super Bowl-winning year (2013). He played in 27 games, making one start, but constantly battled injuries.

Pope, a preseason star, remains an obvious candidate for the practice squad.

Among the surprises: Cornerback DeAndre Elliott, an undrafted free agent out of Colorado State, beat out veteran Marcus Burley and 2015 sixth-round pick Tye Smith. Tanner McEvoy, another undrafted free agent, made the team as its fifth wide receiver. George Fant, a left tackle project, made the roster as well.

The Seahawks reportedly are going to try out four long snappers — John DePalma, Reid Ferguson, Tyler Ott and Jeff Overbaugh — in the next few days. But for now, the 53-man roster looks like this: