Ten individuals with connections to the state of Washington are among 94 nominees for induction into the Pro Football of Fame. The list includes seven with ties to the Seattle Seahawks. 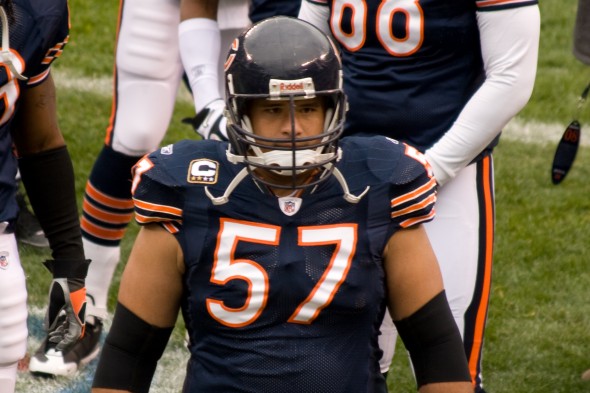 Former University of Washington C Olin Kreutz, who played in six Pro Bowls while a member of the Chicago Bears, is among 10 individuals with connections to the state of Washington nominated for induction into the Pro Football Hall of Fame. The full list of 94 players and coaches for the Class of 2017 will be trimmed to 25 in November and to 15 finalists in January. The class will be determined by vote on the eve of Super Bowl LI.

Three former Seahawks players are among the 10 with ties to Washington state: RB Shaun Alexander (2000-07), RB Ricky Watters (1998-01) and C Kevin Mawae (1994-97). All have been nominated in previous years, but none have become finalists.

Former Washington State QB Drew Bledsoe, who played in the NFL from 1993-06 with New England, Buffalo and Dallas, is another returning nominee.

Three former Seahawks coaches, Chuck Knox (1983-91), Tom Flores (1992-94) and Mike Holmgren (1999-08), are on the list, as is Don Coryell, a Seattle native and University of Washington graduate who coached the St. Louis Cardinals and San Diego Chargers. All are prior nominees.

Kenny Easley, who played safety for the Seahawks from 1981-87 and was forced into retirement due to failing kidneys, is a senior finalist for induction.

Eighteen finalists (three senior nominees) will be presented to the full 48-member Pro Football Hall of Fame Selection Committee Feb. 4 in Houston. While there is no set number for any class of enshrinees, the selection process by-laws provide that between four and eight new members will be selected.

The Pro Football Hall of Fame’s Class of 2017 will be enshrined in August.