The Mariners have surged close to the second wild card, but will probably have to play the final two weeks 12-4, which would be the best close in franchise history, to reach the post-season. 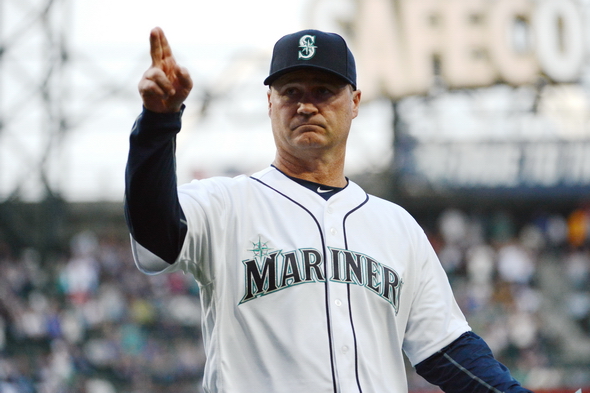 Despite a remarkable run – a season-high eight consecutive victories (longest since 2013) and nine in the past 10 games – to hoist themselves back into American League wild card contention, the Mariners are not considered much of a threat to reach the postseason. That’s based on up-to-the minute calculations by both Baseball Prospectus and FanGraphs.

Maybe Baseball Prospectus and FanGraphs are taking into account the Mariners’ historic ineptitude, including playoff whiffs every year since 42-year-old Ichiro was a mere 27.

Since MLB added the second wild card for the 2012 postseason, eight teams have reached the playoffs via that path. The widest disparity in regular-season records occurred last year when Houston represented the American League with an 86-76 mark and the Chicago Cubs the National at 97-65.

Four of the eight won 90 or more regular-season games and three others 88. The eight had an average combined record of 90-72. These are the eight and how they fared after reaching the postseason:

So reaching 90 wins  — and this year it could take more — will require the greatest final half-month in franchise history, on top of the current eight-game winning streak.

Such an unprecedented feat also will require the Detroit Tigers, tied at two games back with Seattle after Thursday’s 5-1 loss to Minnesota, to falter as Seattle continues to surge.  The Mariners need to win 12 against their four opponents, Houston (six games), Toronto (three), Minnesota (three) and Oakland (four), against which they are a cumulative 17-17 this season.

The Mariners are 2-1 against Toronto and a robust 10-5 against Oakland, but only 2-4 at Safeco Field. Fortunately for Seattle, the Athletics, swept by the Mariners the past weekend in the Bay Area, are largely auditioning players for next year.

The Mariners draw the Astros for a pair of three-game sets, the first commencing Friday night at Safeco Field. Seattle is 5-8 against Houston. Jose Altuve, an AL MVP candidate who is batting .438 with an absurd 1.229 OPS against the Mariners this season, injured his right oblique muscle Wednesday and is doubtful for at least the first game.

The key for the Mariners is flipping the season’s narrative against Houston — without overlooking lowly Minnesota, which broomed Seattle at Safeco Field May 27-29.

To reach the second wild-card standard of 90 wins, the Mariners need a mostly flawless final two weeks, thus the percentages published by Baseball Prospectus and FanGraphs, which say, since we can’t predict miracles, don’t get your hopes too high.

One of the subplots of the final two weeks is whether Nelson Cruz, Robinson Cano and Kyle Seager can become the second trio of Mariners to each finish with 30 or more home runs and 100 or more RBIs. They are close: Cruz (36) and Cano (33) have exceeded 30 homers. Seager (29) needs one more.

The Mariners have not had even two players in the 30-100 club since Richie Sexson and Raul Ibanez in 2006, nor a trio since 1996. Most players with 30-plus homers and 100-plus RBIs in a single season in franchise history (Cruz, Cano, Seager shown for comparison purposes):