Put out a BOLO on the offense: The Seahawks have scored one touchdown in the first two games. What happens to such teams isn’t pretty. 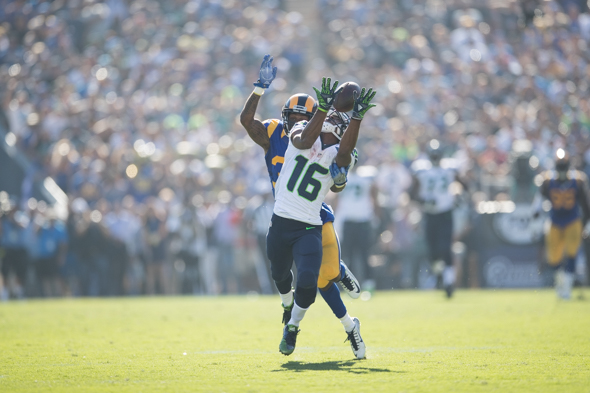 Pete Carroll not only appeared rattled, but close to ashen when queried about his dithering offense Sunday following a 9-3 loss to the L.A Rams. Coming off a one-touchdown effort in a 12-10 win over Miami a week earlier, the Seahawks failed to score a single six-pointer against a Rams team shellacked 28-0 six days prior by the San Francisco 49ers.

“Really disappointed to come down here (Los Angeles) and play in this opportunity to start the season and all, have a chance to get to 2-0,” said Carroll. “To come out and play like that and not give us a real shot to get ahead was tough.”

As Carroll intimated, the Seahawks have a lot of stuff to fix.

Won’t say they won’t get it done, but consider: Over the past decade (since the start of 2007), 12 teams have started a season scoring zero or one touchdowns in the first two weeks. We’ll leave this year’s Rams (no TDs so far) and Seahawks (one) out of the discussion and look at what became of the other 10.

Carroll, who needs to flip such dismal history on its head, didn’t blame Wilson, impaired by a high ankle sprain, for the lack of touchdowns, calling his performance (22-for-35, 254 yards) “solid,” especially considering his limitations. Instead, Carroll cited Seattle’s inability to convert on third down (4-for-13) and its 10 penalties for 114 yards as primary issues.

Carroll also made a point of emphasizing the three pass interference flags against Jermaine Kearse (two) and Tyler Lockett.

“I don’t know how we had all the pass-interference penalties on offense, but we did,” said Carroll, “and they were very disruptive in the game.”

According to the site, Seattle is one of four teams since 2009 to receive three OPIs in the same game:

The OPI on Lockett erased a 40-yard gain in the second quarter. The second one on Kearse negated a 13-yard advance in the fourth.

Carroll seemed as irate as he’s ever been following the second OPI against Kearse. Asked about it afterward, Carroll stopped short of saying it was a bad call, but clearly believed it was.

“I just thought the official was in a difficult position to call what he called,” he said. “I didn’t think it was – but I’m going to gripe about calls all the time. That was one of them.”

Said Kearse, a very good receiver but not quite a history major: “I don’t think we’ve had OPI one time since I’ve been in this league.”

But nflpenalties.com — its total jives with official NFL game books — lists 12 OPIs against the Seahawks since Kearse entered the league, including three on Golden Tate, two on Lockett prior to Sunday, and even a pair on Kearse prior to Sunday: Sept. 29, 2013 vs. Houston (fourth quarter) and Jan. 19, 2014 vs. San Francisco (also fourth quarter).

Maybe a selective memory is a good thing.