Huskies in AP top five for first time since 2000

After the rout of Stanford, the Washington Huskies jumped five spots in the latest AP poll to become the No. 5 team in the nation. 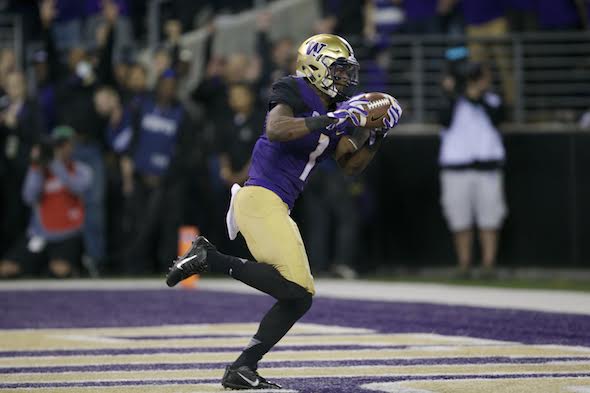 After a dominant 44-6 win over then-No. 7 Stanford Friday, the University of Washington football team moved up to the fifth in the Associated rankings Sunday. Washington also gained in the coaches’ poll, jumping to No. 6.

The fifth-place ranking is the highest for the 5-0 Huskies since a No. 3 ranking in 2000 under Rick Neuheisel, when Washington went 11-1 and last won the Rose Bowl.

Stanford, meanwhile, dropped eight spots to the No. 15 spot in both the AP and coaches’ polls.

In the coaches’ poll, Colorado and Utah occupy the 23rd and 24th slots in the rankings.