Lou Piniella, who directed the Mariners to four playoff berths in his tenure (1993-02) with the franchise, is a candidate for induction into the Baseball Hall of Fame, Class of 2017. 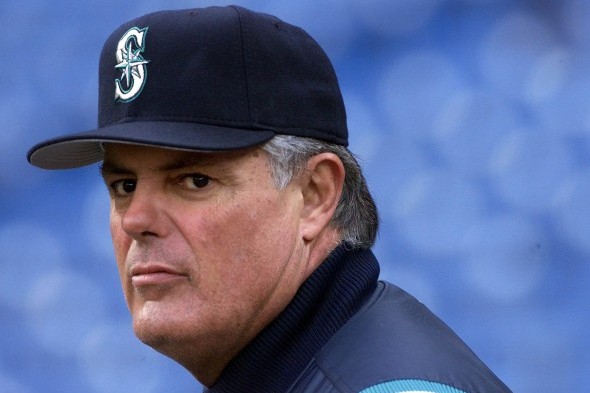 Lou Piniella is a candidate for induction into the Baseball Hall of Fame. / Seattle Mariners

The Baseball Hall of Fame Tuesday announced that five former players, three executives and two managers are candidates on the “Today’s Game Era” ballot and will be considered for induction into Cooperstown as part of the Class of 2017. The vote will take place at the winter meetings at National Harbor, MD, Dec. 5. Among the 10: Lou Piniella, who managed the Mariners from 1993-02, winning a franchise-record 840 games.

Harold Baines, Albert Belle, Will Clark, Orel Hershiser and Mark McGwire are up for induction as players. Piniella and Davey Johnson are included for their work as managers. Bud Selig, John Schuerholtz and George Steinbrenner will be considered for their contributions as executives.

Any candidate who receives votes on 75 percent of the ballots cast by the 16-member Today’s Game Era Committee will earn election to the Hall of Fame and will be inducted at Cooperstown, NY, July 30 along with any individuals who emerge from the Baseball Writers’ Association of America election, to be announced Jan. 18.

The Today’s Game Era is one of four Eras Committees which provides an avenue for Hall of Fame consideration to managers, umpires and executives, as well as players retired for more than 15 seasons.

Piniella managed 23 seasons with the Yankees, Reds, Mariners, Rays and Cubs, winning 1,835 games, 14th on the all-time list. Piniella led the Reds to the 1990 World Series title and directed the 2001 Mariners to an American League-record 116 victories.

Piniella guided his clubs to seven postseason appearances and was named Manager of the Year in his league three times (1995, 2001, 2008) following an 18-year playing career during which he hit .291 and took home World Series rings with the 1977-78 Yankees.

The Mariners have reached the postseason four times — 1995, 1995, 2000 and 2001 — in franchise history and all of those teams were managed by Piniella, who was inducted into the team’s Hall of Fame during a Safeco Field ceremony in 2014.