Huskies remain No. 5 in AP and Coaches polls

Washington (6-0), idle this past week, remained at No. 5 in the Associated Press and Coaches polls, both released Sunday. The Huskies host Oregon State next Saturday. 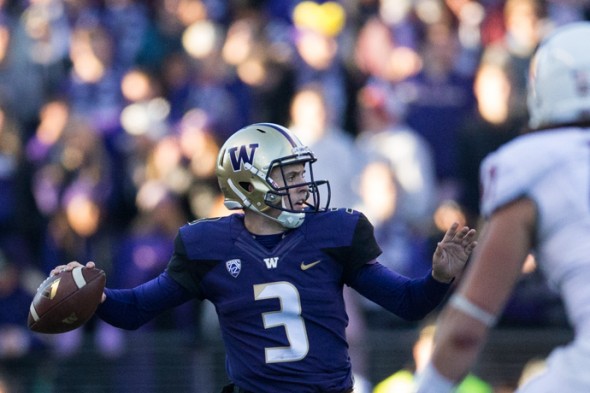 Idle Saturday, Washington (6-0) remained No. 5 in the weekly Associated Press college football rankings released Sunday as three of the four teams ahead of the Huskies — No. 1 Alabama, No. 2 Ohio State and No. 4 Clemson — all scored wins while No. 3 Michigan was idle. Ohio State and Clemson both needed overtime to stay in the top four.

The Huskies, coming off a 70-21 win at Oregon, will host Oregon State Saturday at 3:30 p.m. The game will be televised by the Pac-12 Networks.