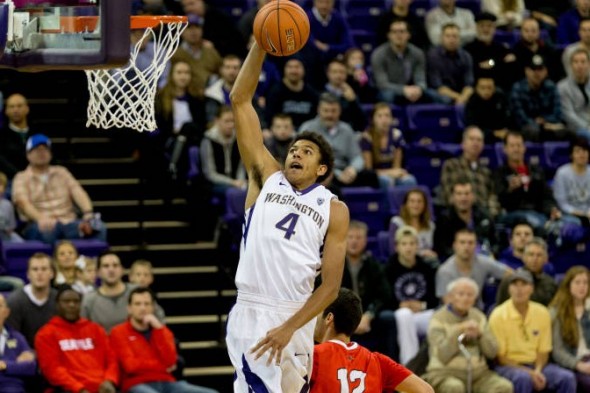 Matisse Thybulle is one of two returning starters for the Washington Huskies. / University of Washington Athletics

For the first time in the 28-year history of the Pac-12 Conference media poll, Oregon has been selected to win the 2016-17 men’s basketball title. The 27 media members who cover the league also picked the Washington Huskies to finish sixth and the Washington State Cougars 12th.

Media have correctly picked the conference winner in 16 of the 27 preseason votes.

Romar’s top newcomer is national freshman of the year candidate Markelle Fultz, a 6-4 guard from Upper Marlboro, MD., who led the Huskies in scoring (21.2) during their August tour of Australia and New Zealand. He was also named Most Valuable Player of the FIBA Americas Under-18 Tournament in Chile in July.