Washington remained No. 4 in both the Associated Press and coaches polls Sunday for the second consecutive week. Washington State cracked the Top 25 in both rankings. 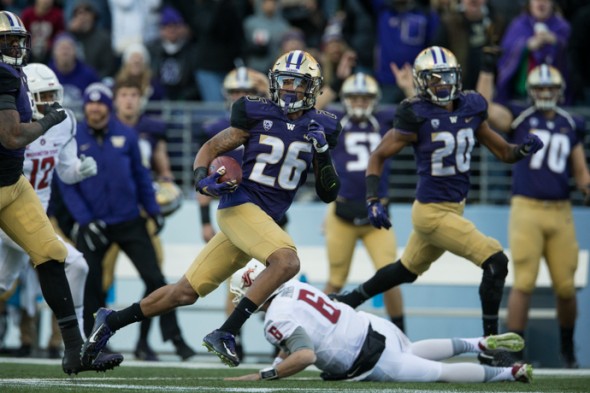 A 31-24 winner over the No. 17 Utah Utes Saturday in Salt Lake City, the Washington Huskies remained No. 4 in both the Associated Press and coaches polls released Sunday. The three teams ahead of them were either idle or won. The No. 4 ranking is the highest for UW since the end of the 2000 season, when it finished No. 3.

The Huskies had a chance to move into the top three in the AP poll, but Clemson rallied in the final three minutes to defeat the Seminoles.