Seahawks: Punchless as a good team can get

The Seahawks are scoring touchdowns on 14.8 percent of their offensive possessions, the lowest mark since Pete Carroll’s 2010 team, which went 7-9, recorded a 13.7 mark. 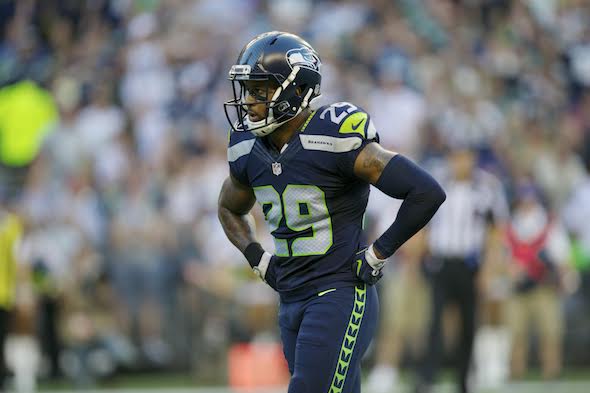 The Seahawks ended their 25-20 loss to six-point underdog New Orleans Sunday in Superdome in a snit. Predictably, CB Richard Sherman headed up the outrage, not so much over any single injustice by game officials, but by the disparity of their calls: The Seahawks drew a season-high 11 flags for 76 yards, many of them drive- and momentum-killers, while the Saints were nailed only twice for 10.

“The calls — or the lack thereof — were pretty egregious,” Sherman said, risking a fine. “It’s just tough with the penalties. It’s tough when you play a team that’s averaging seven, eight penalties a game, and they get called for one (actually, two) — an obvious false start in the fourth quarter, which the refs really didn’t want to call in the first place.”

“There wasn’t a significant penalty all day on the other side, so (the Saints) did a marvelous job,” Carroll added, obviously sarcastic. “We went into the game knowing they’re a team that gets a lot of penalties. And we were in the same boat, so we thought that might match up for us and that might not be a deciding factor in the game. But the 11 penalties to two thing, that’s pretty far out of whack.”

Maybe so. Maybe the Seahawks got hosed on a pick play in the fourth quarter (12:24 mark) that helped the Saints score a touchdown and take a 22-17 lead. But LT George Fant was guilty of three penalties, including clipping and an illegal block in the back. RB Christine Michael had an ill-timed false start. And Sherman’s fourth-quarter holding penalty (inside four minutes) severely compromised Seattle’s chances of a successful comeback.

But more than anything, Seattle’s offense played (again), as colleague Art Thiel observed, like a junior varsity squad. The Seahawks had nine offensive possessions Sunday and scored one touchdown. That probably wouldn’t have happened without the trick play – WR Tanner McEvoy’s 43-yard completion to RB C.J. Prosise that started with a lateral from QB Russell Wilson and set up Michael’s two-yard TD run in the second quarter.

A week ago at Arizona, the Seahawks had 13 possessions and couldn’t score a TD. Going back to the Atlanta game, Seattle has scored only one offensive TD in its past 23 possessions. If this was baseball, the team batting average with runners in scoring position would be .043, an embarrassment even to Mariners C Mike Zunino.

The Seahawks have 81 offensive possessions through seven games. They scored 12 TDs, six passing, six rushing, or 14.8 percent (not counting field goals). This is how 14.8 percent compares to the other current division leaders (highest to lowest scoring percentage):

The Seahawks opened this season as one of five teams, according to Bovada, most likely to win Super Bowl LI. They even received an endorsement last week from President Obama, who predicted they will represent the NFC in Super Bowl L. But their 14.8 TD percentage simply doesn’t cut it. The past 10 Super Bowl winners listed with offnsive TD percentage compared to this year’s Seahawks:

Largely due to Wilson’s injuries, the Seahawks rank 31st in the NFL in TD passes  and 16th in rushing TDs. They also rank 30th in rushing yards per attempt at 3.23, a number also dragged down by Wilson’s lack of mobility.

That 3.23 is not only the lowest mark of the Carroll era (prior lowest was 3.7 in 2010), it’s the lowest – so far – in franchise history. Minus injured Pro Bowl RB Curt Warner, the 1984 Seahawks went almost exclusively to the pass and averaged 3.3 rushing yards per attempt – an iota better than this year’s 3.23.

This year’s Seahawks are passing more than any of Carroll’s previous clubs without much to show for it. Wilson has played three consecutive games sans a passing (or rushing) TD, the first time in his career that’s happened. That also ties the franchise record the longest drought of TD passes set by Jim Zorn in 1979 (vs. Kansas City, San Francisco and San Diego) and matched by Matt Hasselbeck in 2001 (vs. Cleveland, Philadelphia and Oakland).

Carroll told reporters Monday that he expects the offense to improve soon. Perhaps. On the other hand, it can’t get much worse than junior varsity. Can it?