The Seahawks stood pat at the trading deadline, but signed Damontre Moore, a third-round pick by the Giants in 2013, to fill in during DE Michael Bennett’s injury absence. 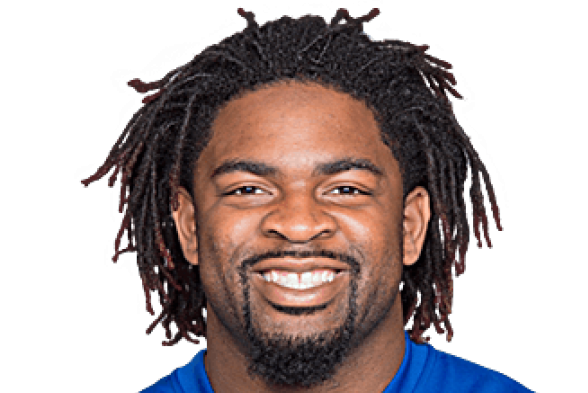 The Seahawks did not make a much-speculated deal to acquire Cleveland LT Joe Thomas prior to Tuesday’s 1 p.m. trading deadline. But with DE Michael Bennett sidelined for two to three weeks due to a knee injury that will require arthroscopic surgery, they added free agent DE Damontre Moore, a third-round pick by the New York Giants in 2013.

The 6-foot-5, 250-pound Moore, who had a successful tryout with Seattle Tuesday, showed some rushing ability. He recorded 8.5 sacks over the 2014-15 seasons, largely in a reserve role. But Moore was also prone to collecting personal fouls and was waived late last season after he was involved in a locker-room scuffle with teammate Cullen Jenkins over a set of headphones (the New York tabloids termed the incident “Headphones-gate”).

Moore played three games with the Miami Dolphins and spent time with the Oakland Raiders this past off-season before they cut him in August following a practice fight.

A native of DeSoto, TX, Moore played college ball at Texas A&M, where he made consensus All-America and first-team All-Southeastern Conference in 2012. Originally projected as a top 10 NFL draft pick, his stock dropped after a poor performance at the combine.