Seahawks DE Cliff Avril was selected as NFC Defensive Player of the Month for October, when he recorded 6.5 of his 7.5 sacks. Avril and the Seahawks host the Buffalo Bills Monday night. 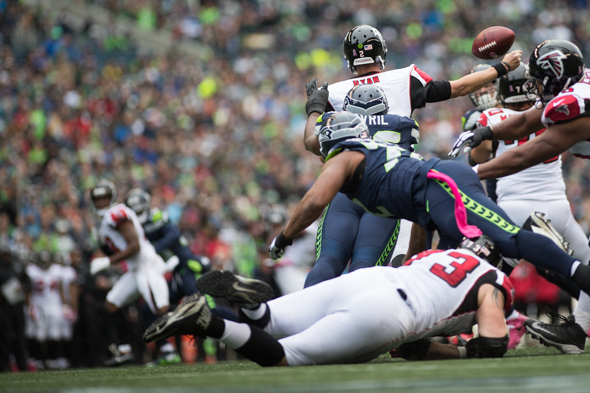 Seahawks DE Cliff Avril Thursday was named the NFC Defensive Player of the Month for October after recording 6.5 of his 7.5 sacks and three forced fumbles. Avril probably played his best game in the 6-6 tie with the Arizona Cardinals when he had 2.5 sacks in the first tie in franchise history.

With 7.5 sacks (Avril has pledged to built one house in hurricane-ravaged Haiti for each sack he collects), Avril is on pace to establish a career high. He had 11 for Detroit in 2011, his first year as a starter.

Avril also produced a superb performance against New Orleans last week with a sack, a quarterback hit and a forced fumble. He punched the ball out of RB Mark Ingram’s hands and FS Earl Thomas returned it 33 yards to a touchdown.

Avril is the first Seahawk to win the Defensive Player of the Month award since LB Bobby Wagner in December 2014. CB Richard Sherman won in September 2013.