A day after making a flurry of roster moves, the Mariners made another Friday, plucking 27-year-old LHP Dean Kiekhefer off waivers from the St. Louis Cardinals. 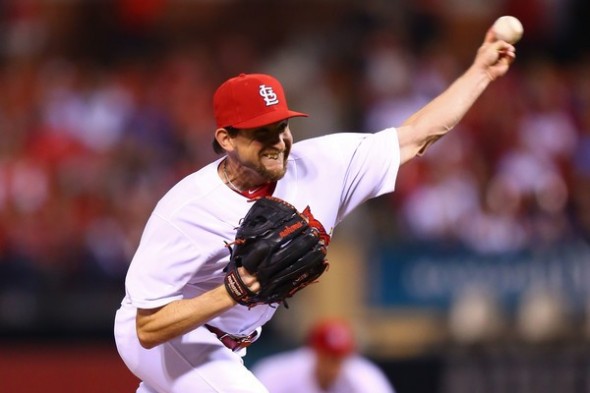 The Mariners continued to mine the waiver wire Friday, claiming 27-year-old lefty reliever Dean Kiekhefer from the St. Louis Cardinals, a move that places the 40-man major league roster at 36 players. Kiekhefer had five stints with the Cardinals last season after making his MLB debut May 14 against the Los Angeles Dodgers.

Over those stints, Kiekhefer held opponents scoreless in 20 of 26 appearances with a 5.32 ERA while walking seven and striking out 14. The 6-0, 175-pound reliever limited opponents to a .273 batting average, including a .209 mark vs. left-handed batters.  Kiekhefer also appeared in 29 games with AAA Memphis, going 6-1 with two saves and a 2.08 ERA.

The Cardinals selected Kiekhefer in the 36th round of the 2010 draft out of the University of Louisville. Over seven minor league seasons, he is 20-16 with a 2.65 ERA in 264 games, including one start. He has limited opponents to a .251 average, while walking 55 and striking out 275.

Kiekhefer has tossed at least two innings or more in 90 games without allowing a run in 59 of those appearances. Kiekhefer had a strikeout-to-walk ratio of 5.00 in his minor league career and issued 34 walks over his last 286.1 innings dating to 2012.

Also Friday, LHP Charlie Furbush and C Steve Clevenger, both of whom had their contracts outrighted to the minor leagues Thursday, declined those options and became free agents. The Mariners are still waiting word from RHP Ryan Cook, also outrighted Thursday.

Furbush was a big part of Seattle’s bullpen from 2011-15, but hasn’t pitched in the majors since mid-2015 due to rotator cuff problems. He isn’t expected to pitch in 2017 after undergoing surgery in August.

Clevenger played in 22 games last season after the Mariners acquired him in a trade for Mark Trumbo, who had 47 home runs for the Orioles. The Mariners suspended Clevenger for the final 10 games of the regular season after he criticized the “Black Lives Matter” movement and President Obama on his Twitter account.