Yes, the wound is still sore. But take a step back and read this argument that XLIX was the not just the best SB ever, it was the pinnacle moment in NFL history. 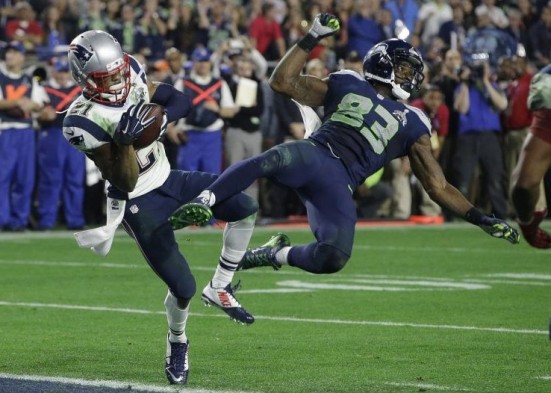 Malcolm Butler and Ricardo Lockette, a moment after their meeting. / Associated Press via Yahoo Sports

As the Patriots-Seahawks game approaches Sunday, we are passing along not merely a link but the entirety of a well-done look back at the Super Bowl matchup in Arizona that will be a wound forever in Seattle sports. It was also, as Frank Schwab, editor of the Shutdown Corner football blog, argues persuasively here, the greatest game in NFL history.

The post from a national perspective also may be a bit of therapy for some Seahawks fans because it invites a step back to indulge an appreciation for just how good both teams were, and how wall-to-wall thrilling that game was. Enjoy.

The further we are removed from Super Bowl XLIX, the more I’m convinced it was the greatest game in the history of the NFL.

There are plenty of great candidates for that honor. The 1982 San Diego Chargers-Miami Dolphins playoff thriller has a good case, as does the 1958 Baltimore Colts-New York Giants sudden death NFL championship game or the Ice Bowl. We’re on a pretty good run of Super Bowls and many of them are in the discussion.

But nothing combined the drama, high-level play and story lines that the New England Patriots’ Super Bowl win over the Seattle Seahawks had. It was as good as football can possibly get (the NFL has posted the full game on YouTube here).

Here are 10 reasons, as the Seahawks and Patriots prepare to face off again on Sunday night, that Super Bowl should be considered as the greatest NFL game ever:

We often don’t get the NFL’s two best teams in the Super Bowl. But two champions made it to Super Bowl XLIX. The Seahawks won the previous Super Bowl. The Patriots would win this one. Both teams have been among the NFL’s best for years now. There’s no doubt these were two great teams, and it almost didn’t happen. The Seahawks needed a miracle comeback in the NFC title game against the Green Bay Packers. The Patriots trailed the Baltimore Ravens by two touchdowns in the third quarter of the divisional round. They both made it, and gave us a classic.

8. It was a great game for four quarters

This seems obvious but when we rank games, the quality from beginning to end often gets overlooked. For example, the St. Louis Rams-Tennessee Titans Super Bowl is often debated as the best ever. The fourth quarter was fun, but the game was pretty bad for three quarters. That should matter. Super Bowl XLIX was tense from the beginning, with defenses ruling the first quarter and the offenses figuring out ways to break through. When Rob Gronkowski made a great touchdown catch with 31 seconds left in the first half, and the Seahawks answered with their own touchdown with 2 seconds left to tie the game, you knew this game was going to be a thriller. 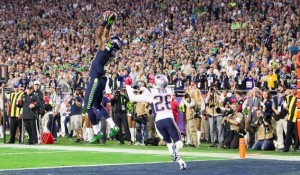 I’ll be honest, I’m a sucker for the Chris Matthews story. Matthews had zero career catches before the Super Bowl. He had played in only three regular-season games. And with the Patriots shutting down the Seahawks late in the first half, Matthews became Seattle’s go-to guy. Matthews had four catches for 109 yards and a touchdown. Matthews’ career regular-season totals: 13 catches, 151 yards, one touchdown. He hasn’t played this season. Talk about a fairy tale story. It’s hard to find anything quite like it – aside from maybe Timmy Smith for the Washington Redskins in Super Bowl XXII.

Before Super Bowl XLIX, I’d have picked Peyton Manning as the greatest quarterback ever. After, I picked Tom Brady. The race was that close, and I think Brady’s fourth quarter against Seattle pushed him ahead. Against one of the great secondaries in recent NFL history, Brady went 13 of 15 for 124 yards and two touchdowns in the fourth quarter, bringing his team back from 10 down to win. Seattle’s defense was hit with some injuries, most notably cornerback Jeremy Lane incredibly breaking his wrist and tearing his ACL on the same play in the first quarter, but it still was an incredible performance by Brady.

5. Many legacies changed in one evening

Brady wasn’t the only figure who saw his legacy change in Super Bowl XLIX. Imagine if the Seahawks had gotten 1 more yard. We put a huge emphasis on rings for quarterbacks and coaches, and Russell Wilson and Pete Carroll would have had two in a row. Every quarterback who has won two straight Super Bowls is in the Hall of Fame or will be. Four of the six coaches to win two straight Super Bowls are either in the Hall of Fame or will be. Meanwhile, fairly or not, there’s a huge difference for Belichick and Brady with a 4-2 Super Bowl record, rather than 3-3. The entire Patriots dynasty, dating back to 2001, might end up as the best ever because of that extra Super Bowl. We’ll also remember this Seahawks team differently with one Super Bowl rather than two, if they don’t get another. And the Brady piece is huge; his history looks a lot different with a fourth Super Bowl. And he would go to another level if he can get a fifth before he’s done.

4. The incredible play everyone has forgotten

If you look at the plays in a vacuum, and don’t think about what happened after, Jermaine Kearse’s catch in Super Bowl XLIX was more spectacular than David Tyree’s helmet catch. Yet, because of what happened after, Tyree’s catch is considered perhaps the greatest play in Super Bowl history (more on that in a moment) and Kearse’s catch is almost entirely forgotten. It says something about how great this game was that Kearse’s amazing play, juggling a tipped pass while on his back, is practically an afterthought. With 1 more yard at the end of the drive, that might be considered the greatest play in NFL history. Instead . . . 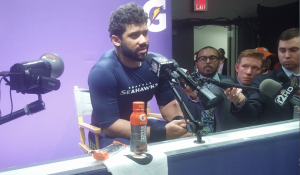 3. The Play, from another unknown star

Malcolm Butler, to his credit, has become a fine, Pro Bowl cornerback for the Patriots. On the night of Super Bowl XLIX, he was an undrafted, mostly unknown rookie backup who made what might be the most important play in NFL history. Whether we want to pick another play as the greatest in NFL history (I’d take it over Tyree’s catch, though the Immaculate Reception probably wins), no single play has turned the outcome of a championship more than Butler’s interception. The Patriots went from having a 12.6 percent chance to win to a 100 percent chance on one play, according to Football Outsiders. No play has ever swung an NFL championship like that. And it was an incredible play, not just an important one. The Patriots practiced against this Seahawks play during the week in case it came up. Butler recognized the play, drove on the ball and made an unbelievable catch while Ricardo Lockette crashed into him. If you want to rank it as the greatest play ever, just because of the stunning impact, I wouldn’t argue.

This wasn’t a bummer of a controversy, like officials missing a key call and everyone complaining it tainted the game. Seattle’s call on the goal line simply became the ultimate second-guess. On second-and-goal, after Marshawn Lynch almost scored, the Seahawks didn’t go right back to Lynch. Their explanation made some rational sense: They had one timeout left, planned to pass on second down, run on third down (using their final timeout then if they didn’t score), and have all options available on fourth down. But basically all we remember is this: The Seahawks were on the 1-yard line and didn’t give Lynch the ball. If it’s not the most debated play-call in NFL history, I’m not sure what would rank above it. And, funny enough, had the Seahawks scored, Bill Belichick not calling a timeout before that play might have been the coaching decision we talked about for months.

1. This game might have been the apex of the NFL

I’m not sure if you’ve heard, but the NFL’s television ratings are down. With the fractured media environment, it’s possible the league never fully rebounds to the ratings it has done in recent years. That would put Super Bowl XLIX, in many ways, as the moment we can pinpoint as the peak of the NFL’s popularity.  Super Bowl XLIX was the most viewed television program in American history. An average of 114.4 million people watched. Super Bowl 50 ratings were down a tick. Maybe one of the next few Super Bowls does better numbers, or now that the election is over the NFL’s ratings as a whole rebound significantly. But it’s also possible we’re seeing the NFL take a permanent dip, for many reasons that have been discussed. If that’s the case, the Seahawks-Patriots Super Bowl might stand for a long, long time as the most-watched program in history.

All the people who watched that night got quite a show. They saw the best NFL game ever.