Huskies mauled on the boards in loss to Yale

Despite freshman Markelle Fultz scoring 30 in his freshman debut, the Washington Huskies were beaten at home by Yale Sunday due to poor rebounding against a smaller team. 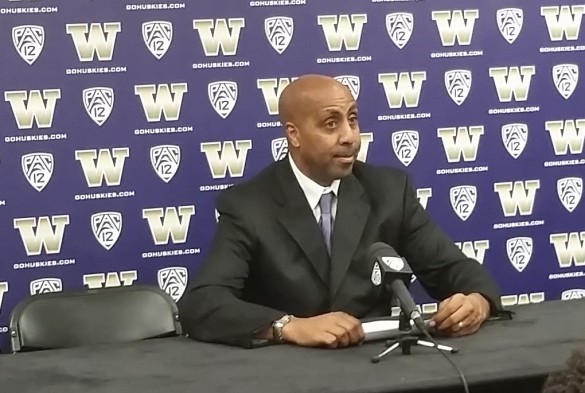 The Yale Bulldogs sunk their teeth into the Huskies Sunday, out-rebounding the bigger, stronger Pac-12 home team 42-29 to stun Washington  98-90 in the men’s basketball season opener at Hec Ed. So much for the soft Ivy Leaguers, who won the offensive boards 21-4.

“Lack of effort,” the sophomore said. “Lack of heart. We weren’t crashing hard enough. We weren’t trying to be physical. They hit us first and we just stopped.

“It hurts because we practice hard. For us to come out in the first game of the season and not show any of the things that we’ve been working on is disappointing.”

The lopsided offensive rebound numbers were compounded by careless play. Eight of Yale’s 21 offensive boards were team rebounds; balls that rolled out of play or the result of fouls.

Washington coach Lorenzo Romar acknowledged that his team had been outworked.

“We could not come up with the basketball,” Romar said. “In rotations, they had a lot of movement offensively. Sometimes you get out of position on the box-outs. A number of times we were right there with the ball, but they were quicker to the ball and more aggressive to get it, which should not happen.”

The rebounds led to 19 second-chance points for Yale, while Washington managed six.

In fact, it was six-foot-four freshman guard Markelle Fultz who led the Huskies with seven rebounds, all defensive. No one else had more than four.

Even when they did have the ball, Washington was hapless in the first half. The Huskies opened 8-of-19 from the field over the first 14 minutes, committing eight turnovers. The early stumbles allowed Yale to build a 20-point lead with 5:49 remaining.

In the second half, Washington stirred from listlessness to close within four at 77-73 with 5:32 to play, but Yale sank 12 of 16 free throw attempts down the stretch.

“I thought we still had a chance to overtake them, but give them a lot of credit,” Romar said. “They were able to control the basketball. We weren’t able to impose our will on them and get them to turn it over.”

The dreary proceedings put a damper on a strong debut from Fultz, who has been hailed as a program savior after last year’s standout freshmen Marquese Chriss and Dejounte Murray left for the NBA and senior captain Andrew Andrews graduated.

Fultz dropped 30 points on an 11-of-17 performance from the field, and had six assists to go with seven rebounds. Thybulle scored 20, while Dickerson and sophomore guard David Crisp added 12 points each.

Miye led the Bulldogs with 24 points. Yale’s big men did the rest. Downey scored 22 and Reynolds tacked on 19 to put the muzzle on the Huskies.