Placed on waivers by the Seahawks Tuesday, running back Christine Michael surfaced Wednesday with the Green Bay Packers, who will host Seattle Dec. 11 at Lambeau Field. 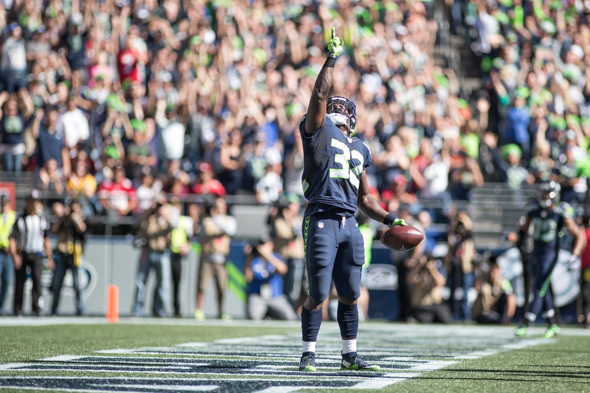 Struggling in the run game, the Green Bay Packers Wednesday claimed RB Christine Michael off waivers from Seattle, one day after the Seahawks cut loose their leading rusher. It’s possible the Seahawks will see Michael again this season as they will play at Lambeau Field Dec. 11.

The decision to cut Michael, who had rushed for 469 yards and six touchdowns, stemmed from the Seahawks’ desire to go with rookie C.J. Prosise, who had 66 rushing and 87 receiving yards at New England Sunday, and Thomas Rawls, who is expected to return from a fibula fracture and play against the Philadelphia Eagles at CenturyLink Field this Sunday.

Green Bay lost its top two running backs earlier when Eddie Lacy and James Starks went down. Starks has since returned and had 33 yards in Green Bay’s 47-25 loss to Tennessee l Sunday. With Lacy out QBAaron Rodgers has been Green Bay’s leading rusher.

The 26-year-old Michael started seven of Seattle’s first nine games, but began to lose favor with his coaches, reportedly because he couldn’t make the proper run reads and tended to avoid contact. He had five carries over the past two games after averaging 16.4 in the first seven contests.

If Michael hadn’t gone to the Packers, he probably would have picked up by the Minnesota Vikings, who also put in a claim.