The Mariners kept prospect D.J. Peterson on the 40-man roster, cut reliever Tom Wilhelmsen and shuffled a bunch of minor league players ahead of the Rule 5 deadline Friday. 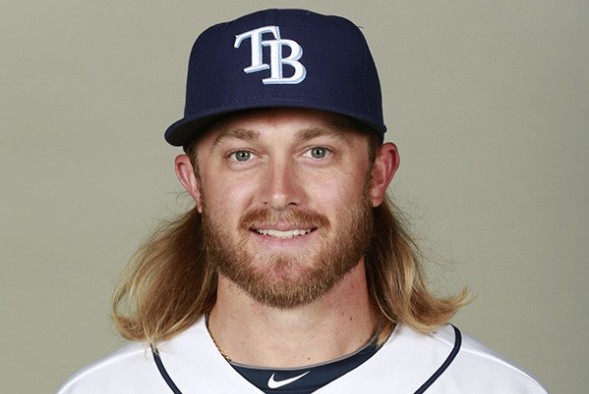 The Mariners added Fry, Vieira and Peterson, the latter their first pick in the 2013 draft, to the 40-man roster to protect them from plunder in the Dec. 8 Rule 5 draft. Peterson, selected with the 12th overall pick out of the University of New Mexico, hasn’t progressed as fast as the Mariners hoped in his four minor league seasons, but is still Seattle’s No. 8 prospect, according to  MLBPipeline.com.

“Motter and Shaffer help us create the depth that is critical to our success,” said GM Jerry Dipoto. “They are two defensively versatile players who have offensive skill. Shaffer brings power and Motter brings on-base ability and speed. Their additions give us players with major league experience who allow us to maintain our roster flexibility throughout the season.”

In parts of six minor league seasons, Motter is a .272 hitter. He was named to the International League midseason and postseason All-Star teams in 2015. The native of West Palm Beach, FL., was drafted by the Rays in the 17th round in 2011.

Shaffer, 25, appeared in 20 games over three stints with Tampa in 2016. He hit .250 while appearing in games at first base, third base and designated hitter. The 6-foot-3, right-handed batter spent the majority of 2016 with Durham. Shaffer was recently rated by Baseball America as the best infield arm in the Rays organization.

Shaffer was selected by Tampa in the first round of the 2012 draft out of Clemson University. He made his MLB debut with the Rays in 2015. He was named the Rays minor league player of the year following the 2015 season after leading all Rays minor leaguers with 26 home runs.

“We’re excited to add James,” Dipoto said. “He brings us a left-handed power arm in the bullpen that we’ve been looking for with a mid-to-upper 90s fastball and a swing-and-miss curveball.”

A native of Gilbert, AZ., Pazos was selected by the Yankees in the 13th round of the 2012 draft out of the University of San Diego.

Vieira had a 2.84 ERA in 34 relief appearances with Advanced-A Bakersfield last season. The Mariners signed him as an international free agent in 2010.

“Paul, D.J. and Thyago each had impressive seasons in 2016,” Dipoto said. “We look forward to having them in big league camp in spring training and seeing their continued development.”

Due to injuries, Thompson, 22, appeared in three games with the rookie Arizona League Mariners. He was selected in the fourth round of the 2015 draft out of the University of Minnesota.