After a two-week break, a four-day turnaround seems abrupt for what was previously the MLS’s hottest club, especially when the 5,100-foot altitude favors the homestanding Rapids. 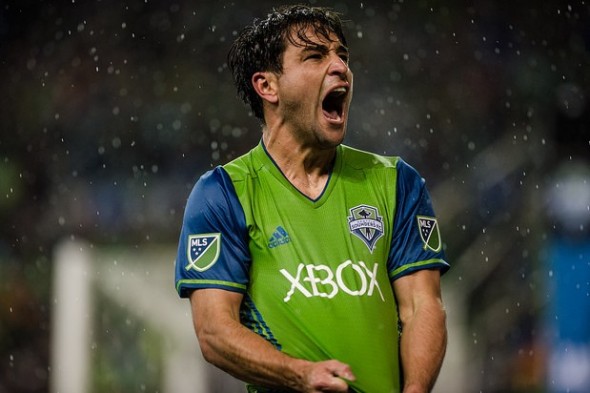 The Seattle Sounders took a 2-1 lead over the Colorado Rapids in the MLS Western Conference Finals during the first leg Tuesday, thanks to goals from Jordan Morris and Nicolas Lodeiro. After a two-week break preceding that match for international play, Seattlefaces a four-day turnaround before the decisive second leg in Commerce City, CO Sunday (1 p.m., ESPN).

“I think the most difficult part is getting our bodies right after a game,” Roldan said. “There are nicks and bruises that happen every game and I think the rest period is the hardest part. It’s the playoffs, I don’t think anybody cares about (injuries), we just want to play.

“The short turnaround is a good thing. We’re able to prepare quickly and get back on the field.”

Sounders coach Brian Schmetzer reasoned that while the break had stymied the momentum his team had accrued—seven wins in its past 10 matches—it also allowed a chance to rest sore legs.

“I think our overall play could have been a little bit better, (but the break) enabled us to get Jordan Morris healthy. Andreas Ivanschitz had a few minutes. Brad Evans has been playing through some injuries.”

The health of all three players will be crucial to Seattle’s hopes of advancing to its first  MLS Cup. The road goal from Colorado means that the Rapids need a just a 1-0 result at home to bounce the Sounders from the playoffs and host the final against the winner of Toronto and Montreal.

Roldan bristled when asked about the 5,164-foot difference in altitude between CenturyLink Field and Dick’s Sporting Goods Park.

“It’s a playoff game, so there’s more at stake than altitude,” Roldan said. “You aren’t thinking about that when you’re on the field. There is altitude involved, but it’s the same game we’ve been playing all year. I don’t see the big discussion about it. I think we’ll be fine.”

During the regular season, Seattle was dropped by the Rapids 3-1 in Colorado, though that was before the acquisition of Uruguayan midfielder Nicolas Lodeiro, already the Sounders all-time postseason goal scorer after he notched Tuesday his fourth, the game-winner.